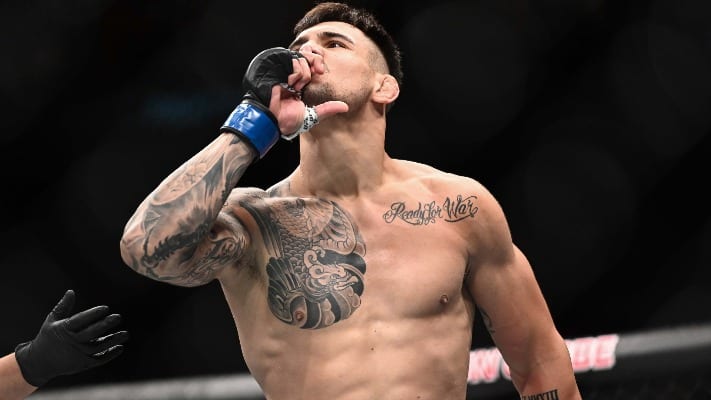 Both fighters are vying for a light heavyweight title shot with most observers in agreement that Prochazka — fresh off his knockout of Dominick Reyes — is guaranteed to get the next shot.

However, with current champion Jan Blachowicz defending his title against Glover Teixeira at UFC 267 on October 30, it could be some time before Prochazka gets his shot.

Enter Rakic. The Austrian is on a two-fight winning streak and has won six of his seven UFC fights overall. He believes he not only has a shout for the title, but matches up well with Blachowicz.

But given the state of the title picture, he also believes it only makes sense to fight Prochazka in a title eliminator. A contract has even seemingly been sent — Prochazka just has to sign it.

“Have you signed our fight contract yet, Samurai or are you really this dumb to sit out and wait over a year until Jan/Glover decide to come back?🤦🏻‍♂️#FutureChamp🚀”

For his part, Prochazka doesn’t seem to pay too much attention to Rakic as he continues to post nature-based training photos.

Safe to say, he doesn’t mind waiting and while a fight with Rakic would be nice in the meantime, Prochazka has earned the right to wait out a title shot. Especially given his war with Reyes only took place four months ago.