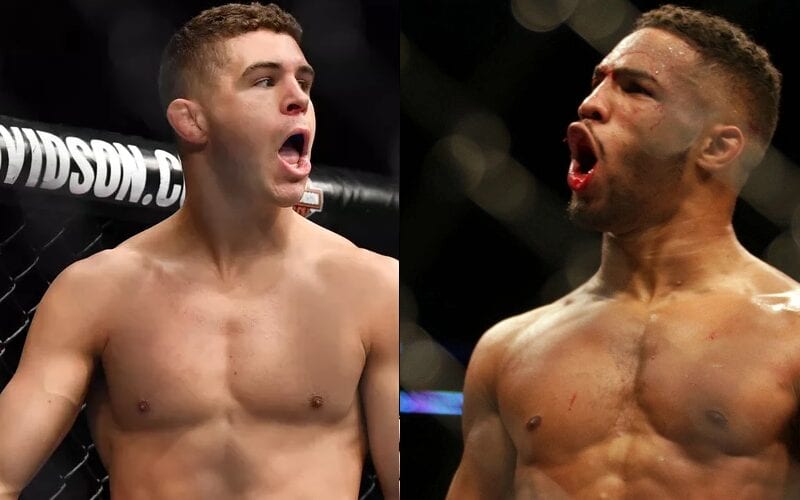 It appears Al Iaquinta and Kevin Lee’s rivalry is still alive and well.

Lee suffered a third-round submission defeat to Charles Oliveira in the UFC Brasilia main event last night. Lee notably held on to Oliveira after tapping and appeared to deny that he tapped as well which drew ridicule from many in the combat sport world, including Jorge Masvidal.

Having suffered his third loss in his last four outings, Lee revealed afterwards that it may be some time before fans get to see him back in action.

Iaquinta took the opportunity to let his thoughts be known on that decision.

As fans responded to Iaquinta, he continued to mock Lee, particularly for missing weight:

“Riiiight?! Talks a big game, misses weight then disrespects his own Tap!!! Such a fake person.”

“Miss weight then act like you didn’t tap he should quit forever this ain’t for him… fake as fake gets.”

Although Iaquinta is currently on a two-fight losing streak, he has defeated Lee twice in the UFC with their most recent outing back in December 2018.

And given these tweets, it seems they still don’t see eye-to-eye.

What do you make of Iaquinta’s response?