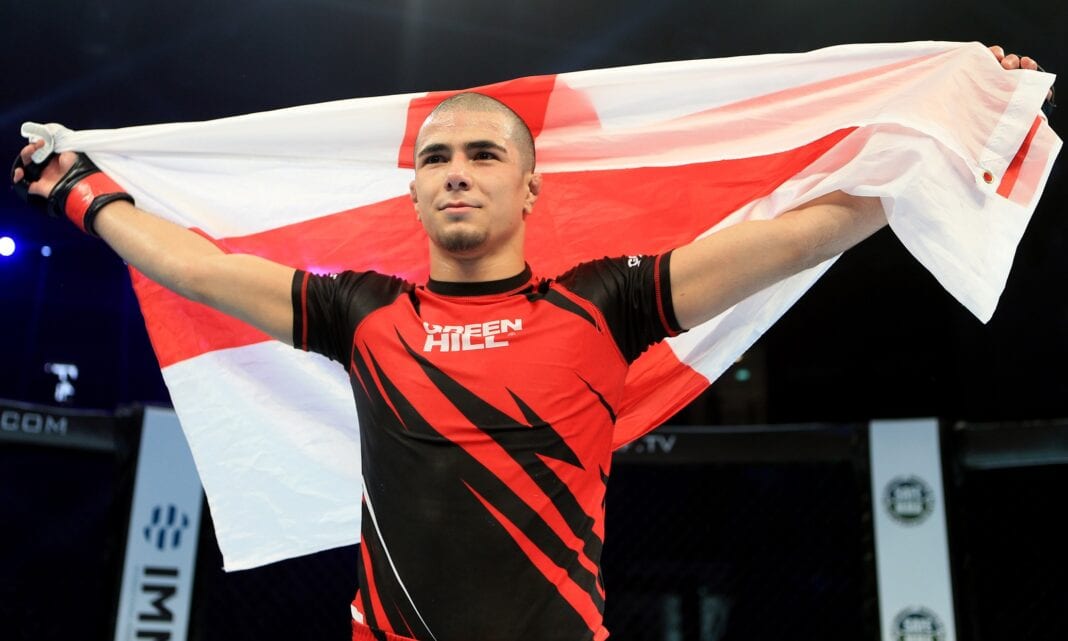 Before Khamzat Chimaev become a household name among MMA fans, he was steadily building his reputation as a rising prospect fighting under the banner of BRAVE CF.

The Bahrain-based promotion always knew that Chimaev would eventually break into the MMA mainstream, and his UFC success has been no surprise to the company. After all, The BRAVE CF talent scouts have developed a reputation as being some of the most astute in the business.

This weekend, at BRAVE CF 37, Muhammad Mokaev, the company’s latest acquisition, makes his professional and promotional debut against Northern Ireland’s Glenn McVeigh, who is also making his first pro appearance. All the talk emanating out of BRAVE’s boardroom is that the 20-year-old Dagestani is future MMA Hall Of Famer.

“This kid is legit; there’s no doubt about it. He’s a two-time amateur world champion, and he’s starting his professional career with BRAVE CF, but it has been very difficult to find him an opponent, ” BRAVE CF CEO Mohammed Shahid during the build-up to this weekend’s clash.

“Guys simply don’t want to fight him. I’ve been promoting fights for years now, and I’ve never had that much difficulty, to be honest.”

Mokaev’s reputation has been built on his success in the amateur ranks. His record before turning pro was 23-0. Both ONE Championship and Bellator were chasing his signature, but his close relationship with His Highness Sheikh Khalid bin Hamad Al Khalifa, BRAVE’s founder , and son to the King of Bahrain, meant it was unlikely he would have signed with anyone else.

An avid MMA fan, Sheikh Khalid, began following Mokaev’s career back in 2015. Interestingly, the contract is a rolling one, both parties are fully aware that Mokaev aims to make it big in the UFC, but until he is ready, he will stay on and compete at BRAVE CF. It shows the confidence that those around Mokaev have in him, that to them it is a matter of when, and not if, the young bantamweight will make it to the UFC.

Despite being born in Dagatsen, Mokaev represented England at the IMMAF World Championships, after he and his father—his mother having passed away— left Russia in 2012 due to political reasons.

Arriving in the UK as refugees Mokaev’s father encouraged him to return to wrestling, a sport he had participated in back in Russia, after becoming concerned his son was mixing with unsavory characters. Since then, he has never looked back, and as victories piled up on victories, it became clear that Mokaev was a level above your average young prospect.

However, plenty of talented athletes who stars shined in their youth have had their stars become noticeably dimmer as they entered the pro ranks of their chosen sport. Only time will tell how Mokaev’s career will unfold, but it looks to be an interesting journey; however, it plays out.

What are your thoughts on Mokaev’s potential?