Streaking bantamweight prospect, Adrian Yanez turned in an impressive hometown performance in his Octagon return to open the main card of UFC Austin — stopping the controversial, Tony Kelley with a one-sided first round knockout victory courtesy of a series of blistering boxing combinations.

Improving to 16-3 as a professional, Yanez extends his stunning undefeated promotional run to five straight fights, scoring his fourth knockout victory since his move to the UFC.

Sharing the Octagon with the outspoken, controversial, Kelley at the Moody Center in his native Texas, Yanez forced the Louisana native to fight from the fence throughout the first round, countering with a blistering left hook upstairs and down a floor on cue.

Rocking Kelley with slick boxing strikes, Yanez dropped his opponent in the center of the Octagon during the finishing sequence, before laying waste to Kelley with a combination of ground strikes in a heated main card opener.

Below, catch the highlights from Adrian Yanez’s first round TKO win against Tony Kelley 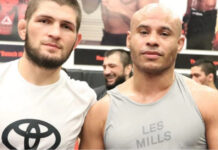 Ali Abdelaziz: Khabib Nurmagomedov Is Better Than Jon Jones ‘Outside And Inside The Cage’ 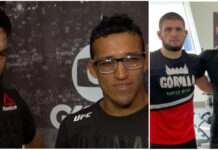 Demian Maia Believes Charles Oliveira Could Have Been The Man To Defeat Khabib Nurmagomedov, Backs Him To Overcome Makhachev 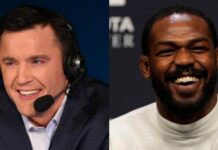