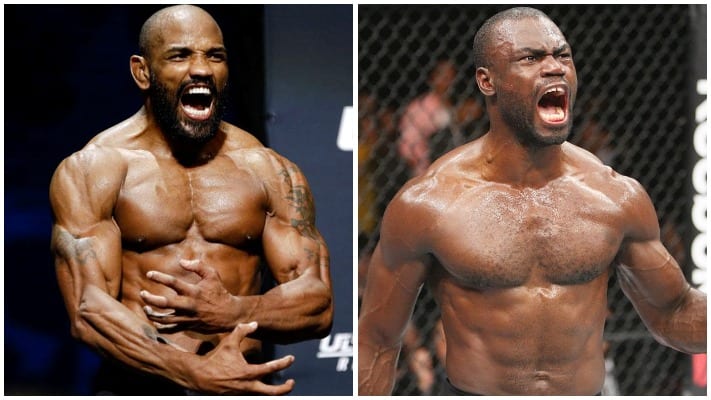 Yoel Romero may not be competing later this month.

Romero was set to face Uriah Hall in a middleweight contest on the UFC’s upcoming August 22 card.

However, that will no longer be the case according to BJPenn.com who report that Romero has been forced out of the bout for undisclosed reasons. Multiple sources confirmed the news but asked for anonymity as the UFC is yet to comment on the supposed situation.

Romero was looking to return to the win column with a potential victory over Hall. “””The Soldier of God” is riding a three-fight losing streak after decision defeats to Robert Whittaker, Paulo Costa and most recently, middleweight champion Israel Adesanya.

Hall, meanwhile, was hoping to earn arguably the biggest win of his career against Romero. “Prime Time” is currently enjoying a two-fight winning streak after victories over Bevon Lewis and Antonio Carlos Junior.

Unfortunately, it looks like a bout with Romero will have to be on the backburner for now.

Who do you think Hall should face next instead?