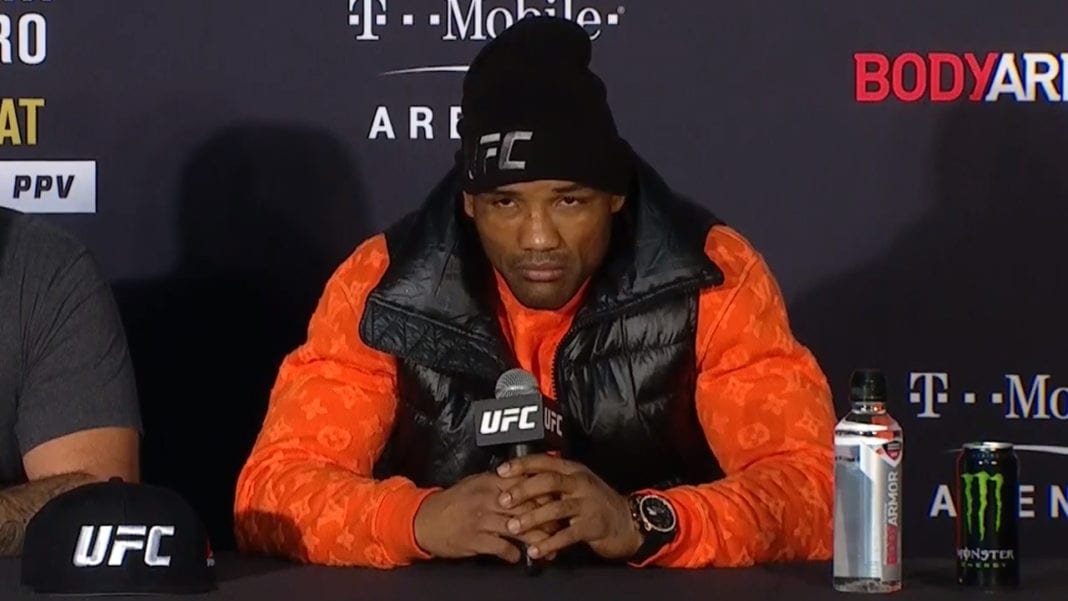 At the UFC 248 Post-fight press conference title challenger Yoel Romero voiced his opinion on Adesanya’s performance, sharing his belief that it is disrespectful for the champ to compare himself to the great Anderson Silva.

“Anderson Silva at 30 years old would make the whole stadium stand up.
It’s a huge disrespect what Israel did today, for the fans and for the whole UFC.
Allot of people work hard to put food on their plate and they spend a lot of money to watch two greats fight and today Israel didn’t give that to them.”

Romero offered his respects to the fighters that fought before them stating that a war is what he had in mind for his fight “before he found a great runner”.

The fight Romero is referring to was the Co-Main event of the evening in which we saw a five-round war between the champion Weili Zhang and the challenger, former champion Joanna Jedrzejczyk widely believed to be the greatest women’s title fight of all time. After a gruelling five-round stand-up battle Zhang was able to defend her championship, winning a split decision.

Romero’s comments come after a failed attempt at the UFC Middleweight championship losing by Unanimous Decision in a fight with little action that was poorly received by the audience in attendance who began booing the fighters throughout the contest.

Israel Adesanya has been vocal in the past of his idolisation of former champion Anderson Silva. The two met in combat last year at UFC 234 where Israel was able to best Silva winning a unanimous decision over three rounds. Once becoming champion Adesanya said his goal was to defend the belt as many times as possible like Aderson Silva did totalling 10 title defences during his reign as champion.

What did you think of the UFC 248 main event?