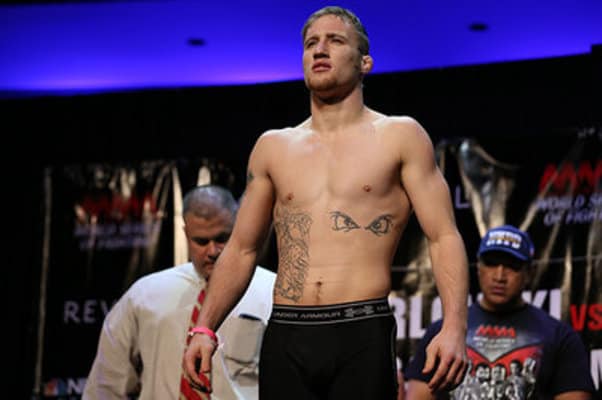 Now that World Series of Fighting (WSOF) has been rebranded as the Professional Fighters’ League, the former promotion’s most high-profile fighter is finally making his way to the UFC.

According to a report from MMA Junkie, former WSOF lightweight champ Justin Gaethje is currently negotiating with the UFC to joined their talented 155-pound division. An official contract has not been signed; however, a UFC official confirmed the ongoing negotiations. Gaethje’s manager Ali Abdelaziz confirmed the negotiations as well.

Also, an anonymous source from the Professional Fighters League said they would miss Gaethje, but focused more on their upcoming season-style format than “The Highlight’s” absence:

“Professional Fighters League will miss Justin, but the thrill, drama, excitement of the regular season, playoffs and championship is about more than one fighter – and the glory of finding a true champion, and rewarding that champion with $1 million is what we’re really excited about,”

Gaethje will leave WSOF as arguably their most dominant fighter, racking up a 17-0 record while mot recently fighting for the promotion where he won the lightweight title in early 2014. He went on to defend that championship five times, with all five wins coming by way of knockout. He also bested former UFC standout Melvin Guillard by decision in a catchweight affair after “The Young Assassin” missed weight.

Who do you want to see ‘The Highlight’ face first?