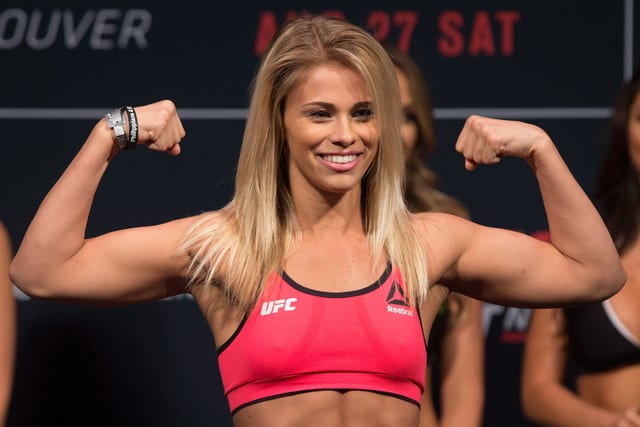 UFC women’s flyweight Paige Vanzant has been cleared to return to the octagon. She will fight on the first-ever UFC on ESPN card in January.

The 24-year old VanZant has been sidelined since losing to  Jessica-Rose Clark at January’s UFC Fight Night 124. “12 Gauge” suffered a broken arm in the loss; the injury would require multiple surgeries and painstaking rehab.

Just last week VanZant refuted reports that she had accepted a fight against Rachael Ostovich. Claiming that she had not yet been cleared to return to action and that must be “fake news.” How quickly things change. “12 Gauge” has since visited her doctor and things are looking up for the Alpha Male fighter.

“The verdict is I can go for it,” VanZant said on the first video blog of her recently launched YouTube page. “I can punch people again – well I’m not able to punch people yet – but in like six weeks I can punch people. But I can start training and working out again and I’m going to be fighting in January.”

The purported Ostovich matchup was scheduled for the Jan. 18 ESPN card with a yet to be named venue. VanZant did not name Ostovich as her potential opponent in her return. But did state that that date is still on the table and now that shes cleared, she is more than happy to sign it.

“I can officially announce, you heard it here first, that I will be taking a fight on Jan. 18 on the first-ever ESPN card,” VanZant said. “We’re going to be getting an opponent matched up.”