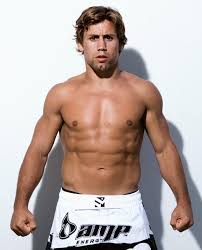 Since joining the UFC in March of 2011, Urijah Faber has racked up a 6 – 3 record, fought for bantamweight title three times (one being an interim challenge), and appeared on six pay-per-views (PPVs) events; three as the main event, one as the co-main, and two bouts in the ‘show’ spot.

This coming Saturday night (July 5, 2014) Faber is set to take part in his seventh UFC PPV event – UFC 175 – however, he will not be on the main card; the PPV. Instead, Faber will be taking on Alex “Bruce Leeroy” Caceres as the main event fight on the night’s preliminary card, which airs for free on TV.

For a fighter of Faber’s stature, ranked No. 2 in the 135 pound weight class and a perennial contender for the division’s belt, it would seem – perhaps – a step down in his importance or a lowering of his cachet.

However, “The California Kid” doesn’t see it that way. In fact, Faber thinks it makes “more sense” for him to be on the preliminary card than it does the PPV. As the 35-year-old Faber sees it, he’ll have a bigger audience watching him on the preliminary card than he would on the PPV, and as those ‘fee-for-see’ numbers have been down of late, Faber has come to the conclusion that his career is better served by being on the (free) televised undercard.

As “The California Kid” told Submission Radio today (June 29, 2014), he doesn’t receive a “piece of that PPV anyway,” so he’s better off fighting fighting in front of the larger TV audience and not on the PPV.

“You know, for me it actually makes a little more sense. It’s the main event on the free card, the Fox Sports 1 card, so you know, I think as far as exposure goes, I’ll probably get a wider view for more viewers that don’t have to pay. I think the PPV numbers haven’t necessarily been as high as they used to be, so for me it makes more sense. I’m the featured fight on the free card right before the PPV, and I don’t get a piece of that PPV anyway, so I’d rather more people watched the fights.”

Considering Faber’s logic, it’s hard to argue against it. The UFC’s PPV numbers have been down of late, and given the fact that a fighter doesn’t get any of the PPV squeeze unless they’re a champion, then it really does make more sense for an athlete to be on the free preliminary card and not on the PPV.

Simply put, they are getting the same money either way and regardless of which card they are on – preliminary or main – they’re still eligible for the night’s bonuses. As such, it would seem to make a (great deal) “more sense” as Faber stated, to fight in front of the (much) larger TV audience than it would be to perform on the PPV.

Regarding it all, if there’s any real news to pull from Faber’s conclusions, it’s that he spoke them publicly.