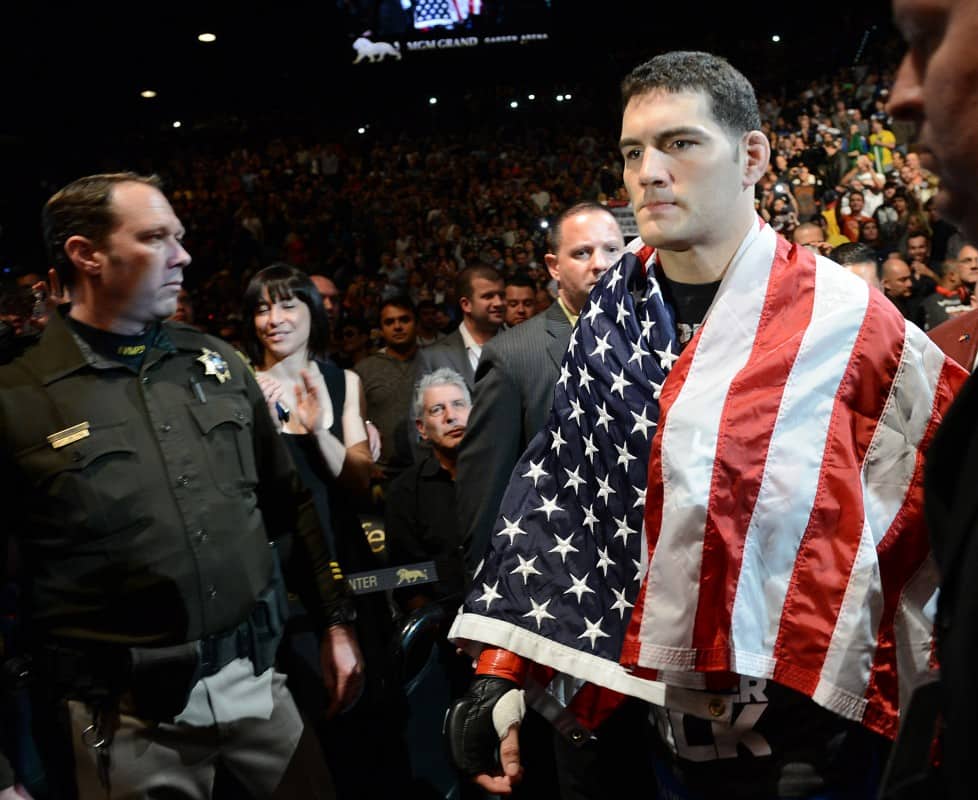 The upcoming UFC middleweight title fight between champion Chris Weidman and No. 1 contender Vitor Belfort in the main event of February 28’s UFC 184 pay-per-view (PPV) from the Staples Center in Los Angeles, California, is one of the most anticipated MMA fights currently on the docket.

It was supposed to go down at May 24’s UFC 173, but the late February ban of Belfort’s testosterone-replacement therapy (TRT) pushed Belfort out of the fight. “The Phenom” was licensed by the NSAC and the fight was rescheduled for December 6’s UFC 181, but a hand injury to Weidman pushed it back to UFC 184.

With over three months left until the fight actually happens, Weidman is worried that Belfort wont be able to make it. Part of his licensing by the NSAC was contingent upon him passing increased drug testing, and that doesn’t give Weidman the utmost confidence. Speaking at this week’s “The Time Is Now” press conference, Weidman offered his feelings:

“I’m worried about whether he’s going to get drug tested, then when I found out he did, I’m crapping my pants the past two weeks, hoping he’s still fighting me. That’s the guy I want to fight. That’s what the fight we’ve been talking about for a year now. That’s the fight I want. I’ll be disgusted if something happens.

When it was first lined up, I had a feeling it wasn’t going to happen. I had a feeling something bad would happen. It was around the time of the whole TRT thing. I never really got too excited about the fight. Then after the [Lyoto] Machida fight, I started thinking about him again.”

So Weidman is focused on Belfort, but he won’t be surprised if the fight fails to take place yet again. On the other hand, it also wouldn’t be a surprise to see Weidman be unable to make it to the fight, as the oft-injured champion has had never-ending ailments after almost every single fight he wins.

He hasn’t been beat yet, so he’s doing a lot of things right. But the fact remains that rarely do his bouts seem to go off without a hitch.

With Belfort’s steroid issues and Weidman’s injury history, UFC 184’s headliner has a whole lot of red tape to bypass before it happens. Do you think it will actually go down on February 28?