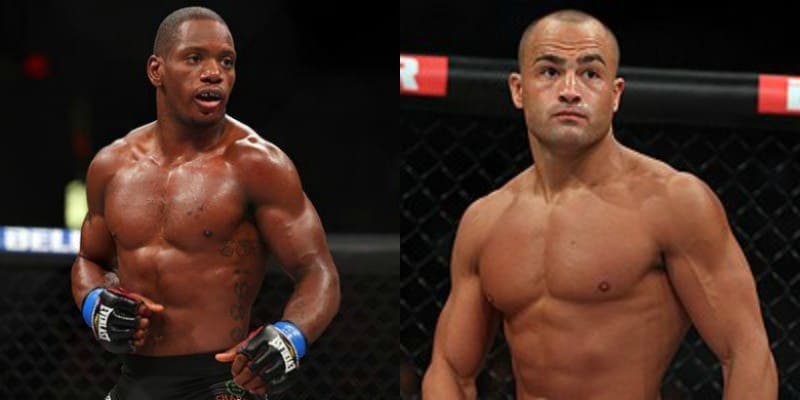 A few years back, Eddie Alvarez was the Bellator lightweight champion, and Will Brooks was a rising contender in the promotion’s 155-pound division. Fast forward to present time and both men are competing under the UFC banner although they’ve never shared the cage together.

In August 2014, Alvarez was released from his Bellator contract and later signed with the UFC. Brooks would go on to become the Bellator 155-pound title holder after twice beating fellow contender Michael Chandler, but he hadn’t gotten the same satisfaction given the fact that he hadn’t truly beaten the champion which he felt was Alvarez.

Scheduled to make his Octagon debut later this week against veteran Ross Pearson, “Ill” Will recently made it clear that he still has his eyes set on Alvarez, who will also compete later this week for the UFC lightweight strap:

“I wanted to fight that guy before he left Bellator,” Brooks told MMA Fighting in a recent interview. “And I’m not gonna talk too much about Bellator because that’s the past and I’m moving forward. But I still don’t feel validated because he was the champion and he left and I didn’t get the opportunity to beat the champion to become the champion. I had to turn around and beat up his leftovers. Michael Chandler, I had to beat him up twice just to feel somewhat validated. That felt good to me.”

Despite having a tough test in front of him, Brooks once again reiterated the idea that Alvarez is on his hit list, saying that the ex-champion ‘can’t run this time’:

“I told Eddie before, I told people before,” Brooks said. “He’s on my list. He got out of that ass whooping that one time. He can’t run this time. Where else is he gonna go? Is he gonna go back to Bellator, go somewhere else? Man, he can’t run.”

As for Alvarez, Brooks hasn’t been too impressed with his UFC run. “The Silent Assasin” has compiled back-to-back hard fought victories over former champions Gilbert Melendez and Anthony Pettis, but Brooks feels as if those bouts were ‘lackluster’ at best:

“These are very lackluster fights that he put together,” Brooks said. “I personally believe that I’ll come in here and put on a way better show than what he’s done.”

Do you one day hope to see Brooks and Alvarez do battle in the Octagon?