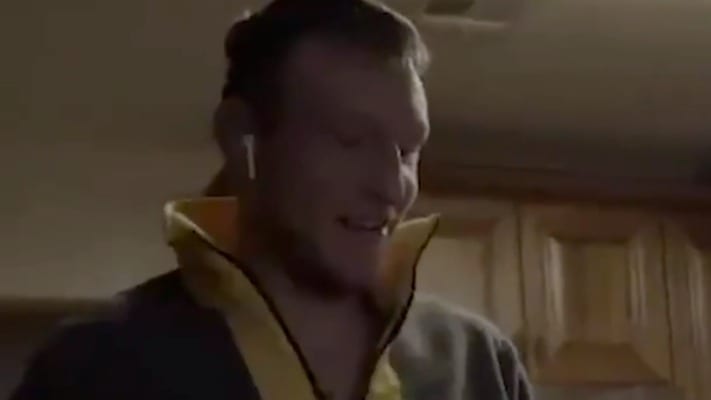 Jack Hermansson further proved how game a fighter he is.

Hermansson was set to take on Darren Till in a middleweight headliner on December 5. However, Till was injured and had to withdraw leaving “The Joker” without an opponent.

Kevin Holland later stepped up to the plate and was set to fight Hermansson as a short-notice replacement. However, he recently tested positive for COVID-19 which meant he had to pull out of the fight as well.

Luckily for Hermansson, Marvin Vettori stepped up this time and he will still be able to compete on December 5.

Despite now having to prepare for a third opponent, there was no way Hermansson was not going to fight on that date as his reaction to the Holland news and subsequent approval of Vettori was caught on camera.

While fighters who step up on short notice deserve credit, fighters like Rafael dos Anjos and Hermansson who are willing to keep fighting despite having prepared for other opponents also deserve as much credit.

And as can be seen in the video, Hermansson had no objections whatsoever to fighting a completely new opponent in Vettori.

Hermansson is coming off a first-round submission win over Kelvin Gastelum in July and has won six of his last seven outings overall. Another win could potentially put him in a number one contender fight as he looks to earn a first-ever middleweight title shot.

What do you make of Hermansson agreeing to a third opponent in Vettori?