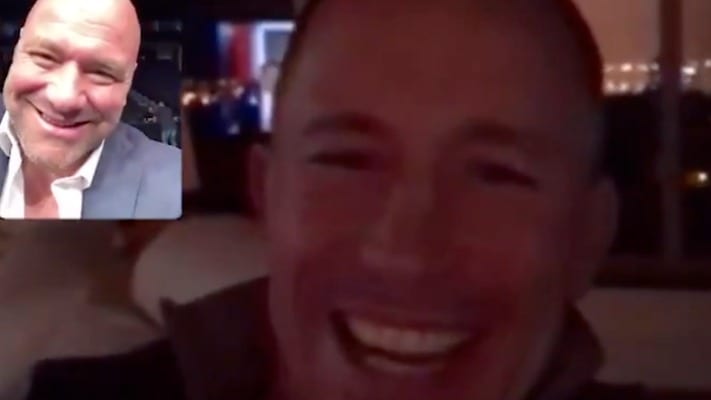 For many, it was only a matter of time until Georges St-Pierre was inducted into the UFC Hall of Fame. However, it took him completely by surprise.

The news was announced during the UFC 249 broadcast this past weekend as the former welterweight king headlines the class of 2020.

“Georges St-Pierre is a pioneer of Canadian MMA who helped build the sport globally,” UFC president Dana White said. “He is the most famous athlete to ever come out of Canada and one of the greatest martial artists of all-time. We’re proud to induct him into the UFC Hall of Fame Class of 2020.”

White also happened to call St-Pierre seemingly after the announcement and the latter’s initial reaction to the news was shared by the promotion.

He notably joined the likes of Randy Couture, BJ Penn and Conor McGregor by becoming just the fourth two-weight champion in the promotion after he returned in 2017 and defeated Michael Bisping to become the middleweight champion.

“”Rush” was hoping to face Khabib Nurmagomedov in a super fight last year. However, it never came to fruition with pushback from the UFC, which ultimately led to St-Pierre officially announcing his retirement.

What do you think of GSP getting inducted? Is he the GOAT of MMA?