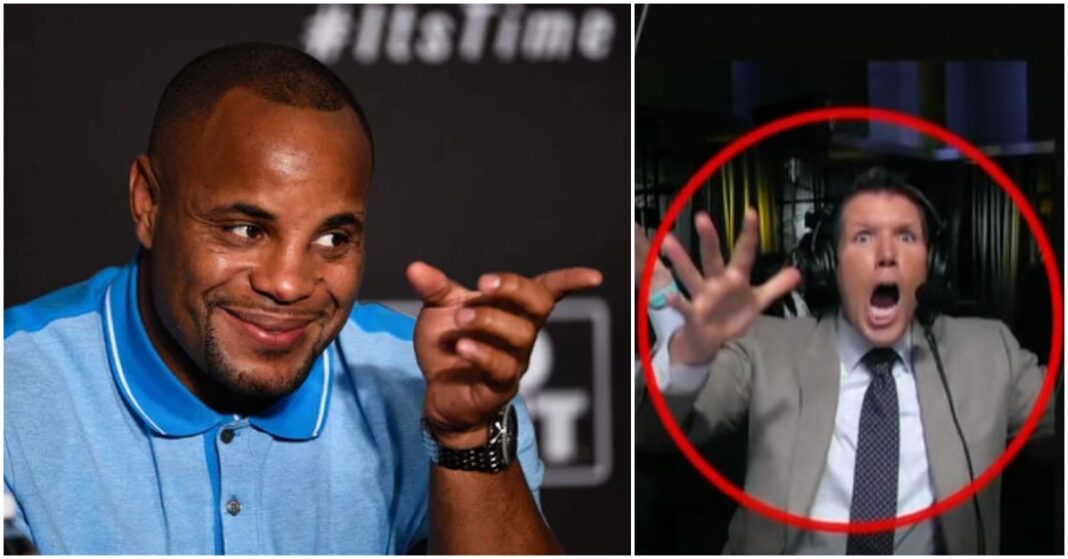 The majority involved the fighters competing, such as Jessica Andrade’s standing triangle submission. However, former UFC double champ Daniel Cormier also gave fans a moment of hilarious entertainment as he took to his trusty telestrator. Typically, ‘DC’ would use the device to highlight individual techniques utilized by the fighters.

But this time, Daniel Cormier used it to focus in on the reactions of his fellow commentator Brendan Fitzgerald. Check out the full video below:

Despite not having a plethora of high-profile names competing, UFC Vegas 52 was a very fun watch. Jessica Andrade will take the headlines, and with good reason, as she finished Amanda Lemos with a standing triangle choke submission. This was the first time the standing variation of the choke had been used to win a fight in the UFC, and Andrade deservingly took home a post-fight bonus.

Claudio Puelles also picked up an impressive submission victory, catching Clay Guida with a kneebar, the third of his young UFC career so far. Charles Jourdain and Marc-André Barriault both picked up slick guillotine finishes on the main card, whilst Maycee Barber dominated Montana De La Rose over three rounds to pick up a unanimous decision victory.

On the prelims, Tyson Pedro and Sergey Khandozhko both knocked out their opponents after extended layoffs from the sport, while Aoriqileng put on a brutal beating against Cameron Else.

What do you think of Daniel Cormier’s telestrator skills? What was your favorite fight of the weekend?