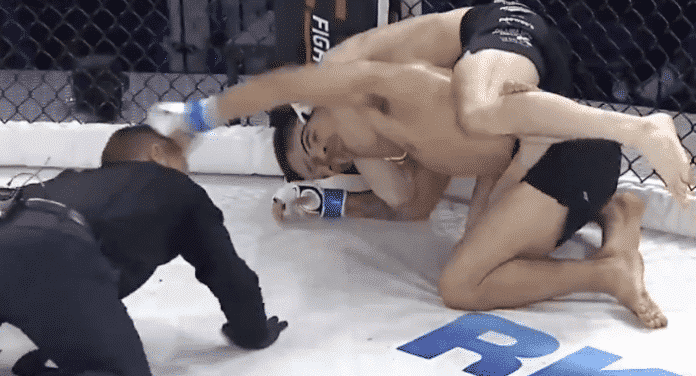 The no-nonsense Peterson was refereeing the featherweight matchup between James Lyons and Beau Samaniego and got in close during the ending sequence.

That’s because Lyons had sunk in the rear naked choke and a fading Samaniego was fighting the submission. In the process, he deftly clipped Peterson on the head before eventually passing out.

Luckily for Peterson, it didn’t seem like a significant strike that caused damage. However, it was some unexpected nonsense for him to deal with.

CFFC commentator CM Punk did chime in with a joke soon after.

“Let’s give it up for the chin of Keith Peterson,” Punk said (via MMA Fighting). “That would have knocked out any other referee in MMA.”