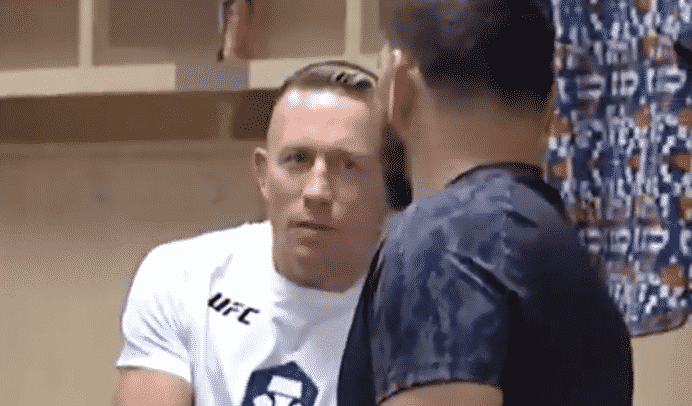 Diaz returned to action for the first time since January 2015 when he fought Robbie Lawler in a middleweight rematch on the main card of the UFC 266 pay-per-view event.

Despite having his moments, Diaz looked very slow and ultimately suffered a third-round TKO defeat after it appeared that his knee gave out.

Regardless, it was still a unique experience to watch Diaz live again with many fans watching him for the first time. One fan in particular who was rooting for him was old rival Georges St-Pierre.

Having stated his desire to see Diaz do well and go on to challenge for the title in the future during fight week, “GSP” would even end up meeting the Stockton native before his fight in the locker room and shake hands with him.

You can see the interaction below:

This was especially cool to see given how heated the pair were with each other in the buildup to their highly-anticipated welterweight title fight back in 2013.

St-Pierre would end up winning a unanimous decision victory on that occasion.