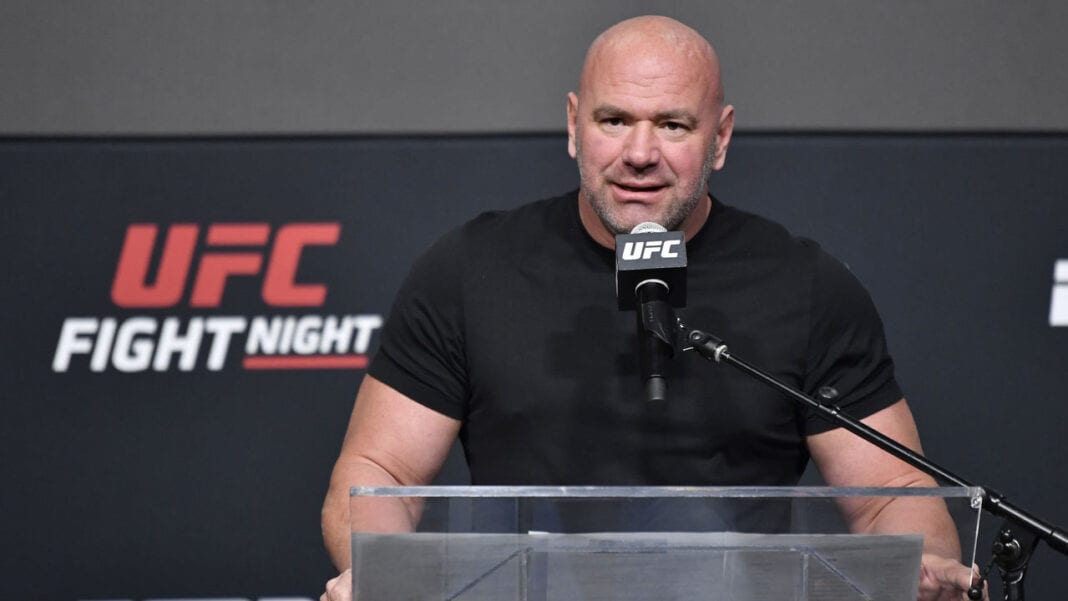 UFC president Dana White wasn’t a fan of what he saw this past weekend.

Derek Brunson and Kevin Holland took part in a middleweight bout that headlined UFC Vegas 22 this past weekend. Many expected it to be an explosive and entertaining affair.

However, it was anything but as Brunson comfortably earned a drab unanimous decision win after more or less taking Holland down and keeping him down for majority of the fight.

The fight was more entertaining simply because of Holland talking throughout but at some point, many expected him to look to actually win the contest. That never happened and once Holland was taken down in the fifth round with just under a minute and a half remaining, White — who was sitting cageside with Khabib Nurmagomedov — had enough.

“I can’t watch anymore of this, I’ll see you in the back,” White told Nurmagomedov.

It’s hard to predict who White was more mad at, if anyone.

Brunson suspected it was him because he didn’t end up getting the finish but stated that if he were to get a knockout in his next fight, all would be forgotten.

However, if anyone should be blamed for the nature of the fight, it should be Holland who never seemed to really take it seriously.

Who do you blame for the fight being rather uneventful?