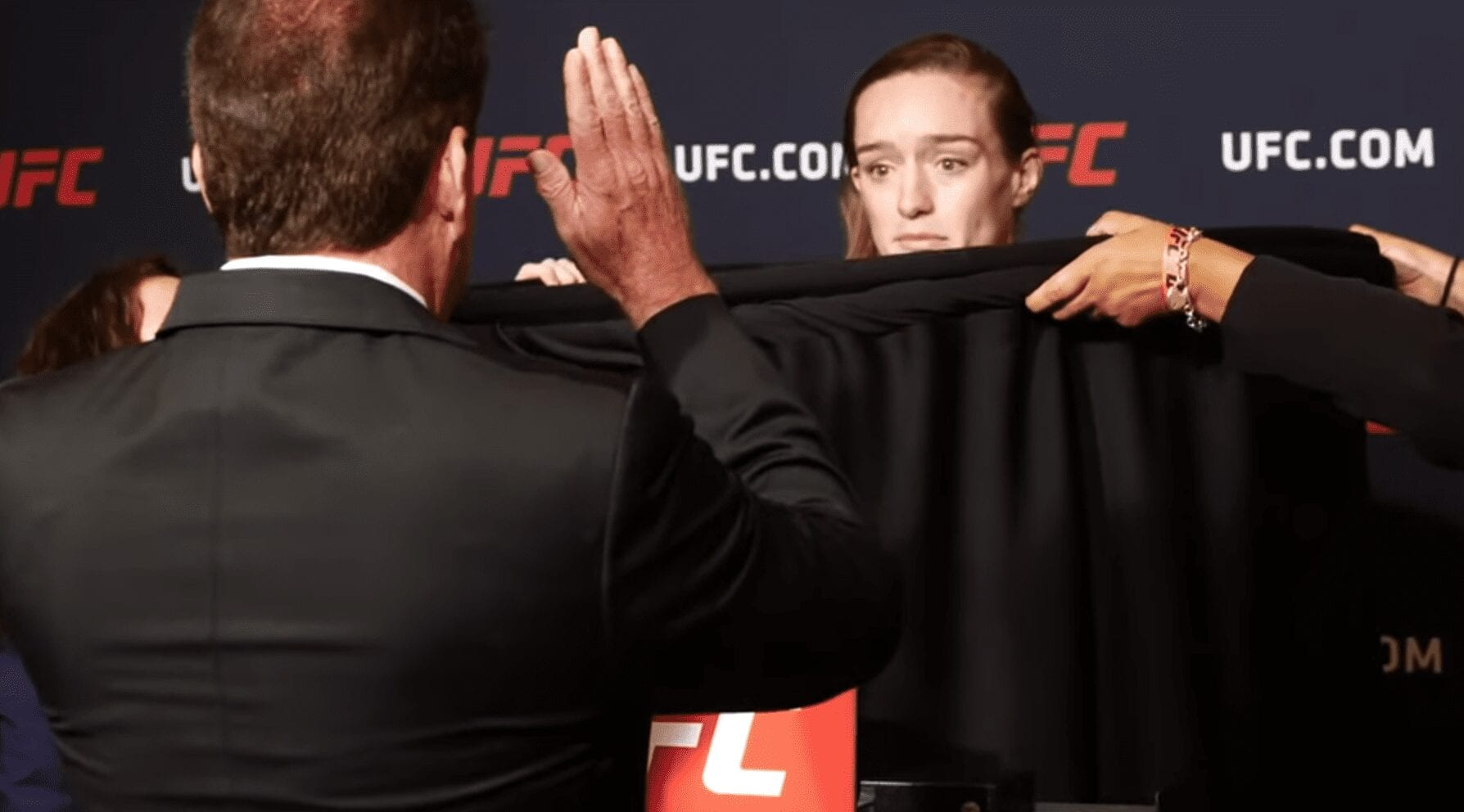 UFC Sacramento headliner Aspen Ladd made the weight for her bantamweight matchup with Germaine de Randamie, but it was far from easy.

Ladd was in complete agony as she hit the scales during the morning weigh-ins on Friday. Requiring the hoop as she removed her clothing, the 24-year-old was notably trembling as she awaited her official weight. Luckily, she made the 135-pound mark.

However, the topic is bound to come up, especially as Ladd has had trouble making the weight in the past. Oddly enough, it has never seemed to affect her performances as she is 3-0 in the UFC so far.

According to California State Athletic Commission physician Dr. Gary Furness, however, Ladd was not dangerously dehydrated. He also believes Ladd was shivering due to nerves, having missed weight in her last fight.

Do you think Ladd should make the move up to featherweight, regardless of her result against de Randamie?