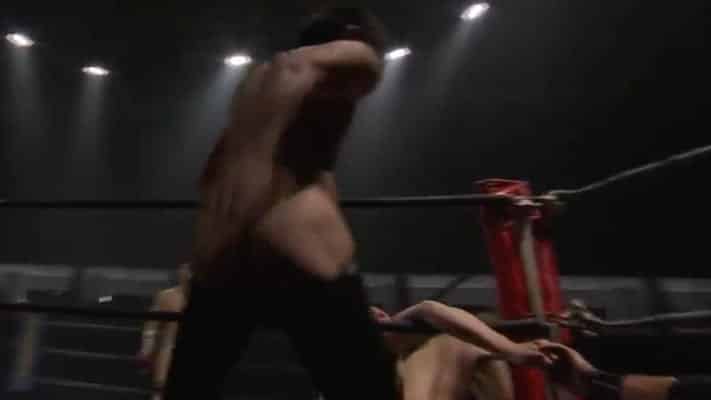 Shinya Aoki is no stranger to the world of pro wrestling and that was even more evident after a recent appearance.

The ONE Championship star recently made an appearance at the Kawasaki Strong 2021 event from Japanese wrestling promotion DDT Universal Championship.

After interrupting a match and getting on the mic, Aoki proceeded to pull down his pants, stand on the turnbuckle and give a stink face to another wrestler who was forced to make contact with his butt.

If you think that sounds bizarre enough, you can watch footage of it below:

This isn’t Aoki’s first foray in professional wrestling as he has also competed for another wrestling promotion in Inoki Genome Federation as far back as 2013.

As far as mixed martial arts goes, Aoki is currently on a three-fight winning streak after returning to action last month and submitting James Nakashima at ONE’s Unbreakable event.

He will undoubtedly be looking for another shot at the ONE lightweight title after suffering a TKO defeat to current champion Christian Lee back in May 2019.

For now, pro wrestling will seemingly fill the gap for the Japanese legend.

What do you make of Aoki’s appearance at this pro wrestling show?