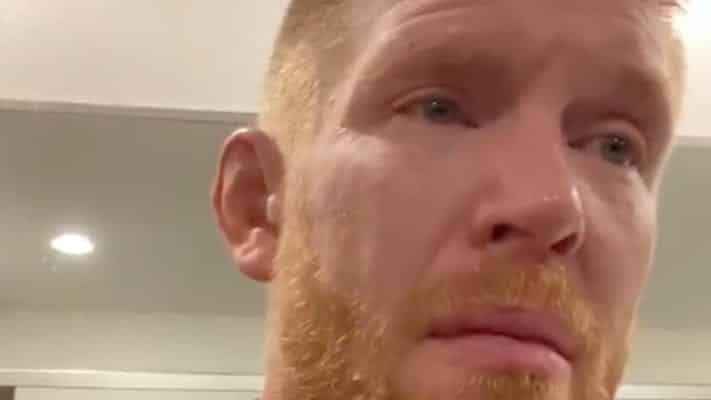 Despite having a few moments in their middleweight encounter at UFC Vegas 23 last night, Alvey ended up getting dropped by Marquez in the second round and proceeded to go to sleep after receiving a rear naked choke.

It means Alvey remains winless in six outings, having suffered three finishes during that stretch. It was also the first time he had been choked unconscious — at least in the UFC — as he reflected on the fight moments after it concluded.

“It’s minutes after my fight, guys, and yeah, it didn’t go as planned,” Alvey posted on social media. “But God is in my corner — his plan is always better than my plan. I’ll be back. Man, that hurts.

“Well, at least I’ve been choked out in front of millions of people now. I can get that off my bucket list. Praise be to God always. Win or lose, he’s in my corner.”

It’s definitely been a tough run for Alvey whose last win came back in June 2018 when he defeated Gian Villante via split decision.

There’s no word on how many fights the 34-year-old has left on his contract but one can imagine the UFC could be tempted to add Alvey to its string of recent roster cuts.