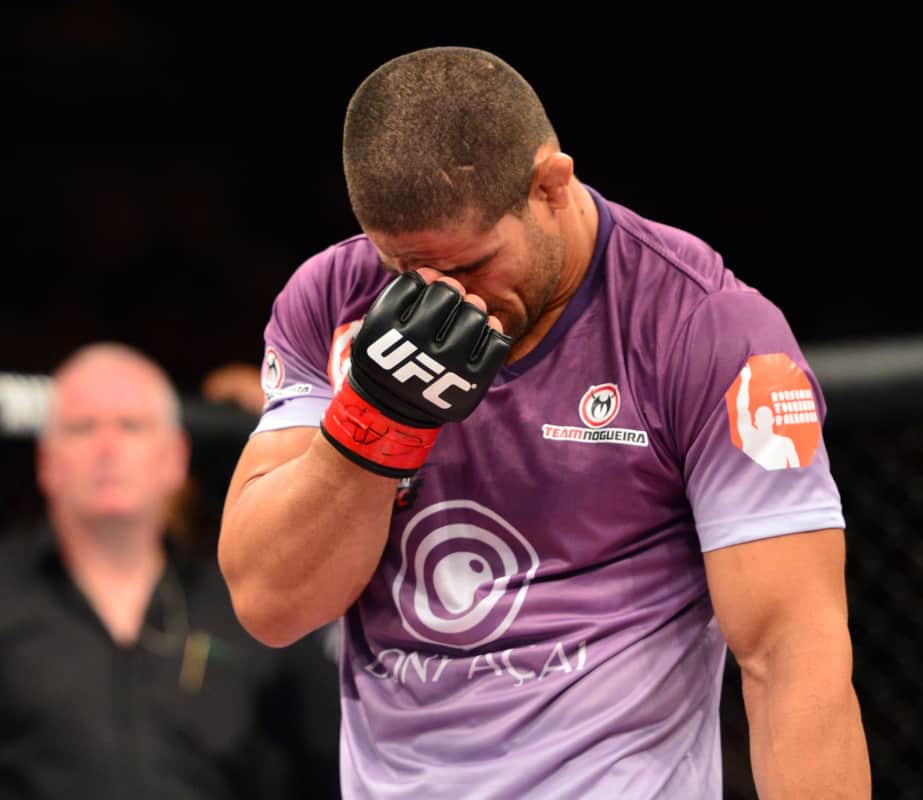 Earlier today (March 30, 2018) ‘Paul Harris’ faced off with undefeated Aliaskhab Khizriev for the interim welterweight title at Fight Nights Global 85 in Russia, and the result was another brutal loss for the controversial Brazilian jiu-jitsu specialist. Only Khizriev could win the belt, however, as the always controversial Palhares missed weight.

Khizriev dropped Palhares with a head kick early and followed him to the ground with a relentless onslaught of punches, but true to form Palhares responded with his trademark leglock attempts, tying up his opponent in an awkward position. He even went for a takedown attempt but was put into a fight-ending spot when he slipped as Khizriev rained down a final torrent of ground shots to leave Palhares out cold on the mat only 58 seconds into the fight.

It was the disgraced submission wiz’s third knockout loss in his last five fights after being released from WSOF – and effectively banned from fighting in the United States – for holding onto a kimura on Jake Shields after he had tapped in addition to gouging his eyes. Palhares was released from the UFC in 2013 after holding onto a career-changing heel hook on Mike Pierce.