LowKickMMA.com
Home ONE Championship News Video: ONE: Inside The Matrix Face-Offs 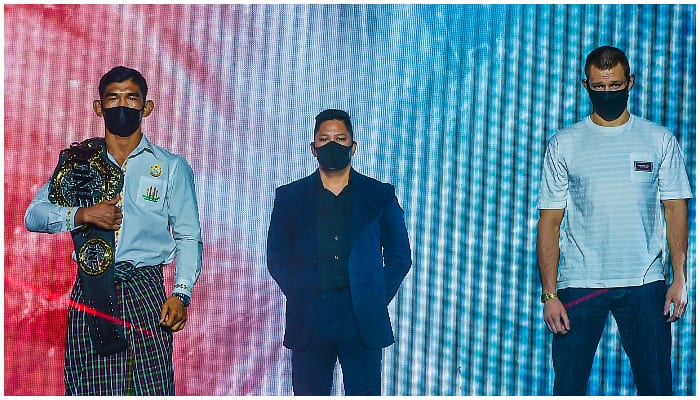 ONE Championship returns this Friday, with ONE: Inside The Matrix. The six-fight card takes place inside the Singapore Indoor Arena, and is the promotion’s most stacked show since ONE: Century.

A featherweight title bout between Martin Nguyen and Thanh Le, two of the promotion’s top strikers, and a women’s atomweight bout between Xiong Jing Nan and Tiffany Teo make up the other two title bouts.

Earlier today, all 12-fighters participating in ONE: Inside The Matrix faced off, giving fans a hint of what is to come. Check out the video below.

Will you be watching ONE: Inside The Matrix?