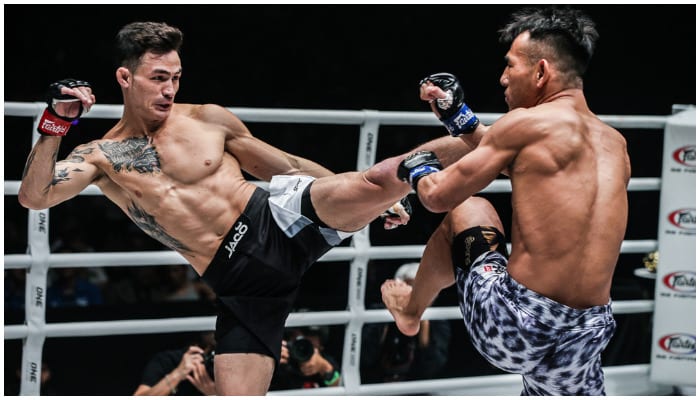 ONE Championship‘s Thanh Le has made quite the impression since signing with the Singapore-based promotion. The 35-year-old has fought three times under the ONE banner, winning all three fights via knockout.

This Friday, the Louisiana native gets the chance to lay his hands on ONE gold when he challenges Martin Nguyen for the Australian’s ONE Featherweight Championship. The pair’s bout will be one of four title fights going down at ONE: Inside The Matrix. The six-fight card is taking place inside the Singapore Indoor Arena.

Nguyen has an impressive stand up game, backed by a showstopping overhand right hand. However, Le’s confident his skills will be enable him to get the job done this week.

“If you put Martin in front of any man and he swings with all of his might, and he connects, he’s going to sleep. Just like me. If I hit any man on this planet with my fist and you let me hit you, you’re going to sleep,” Le said, speaking to media.

“The issue is not getting hit. So that’s pretty much what my game is built for. We’re going to try and make that happen as well as we can throughout this entire 25-minute fight.

Le may feel he has the edge over Nguyen, but he’s not discounting what his Henri Hooft trained opponent brings to the table.

“He is champion for a reason. Very skilled, very patient, very experienced, and he’s got a great corner behind him, ” Le commented.

How do you see this fight finishing?