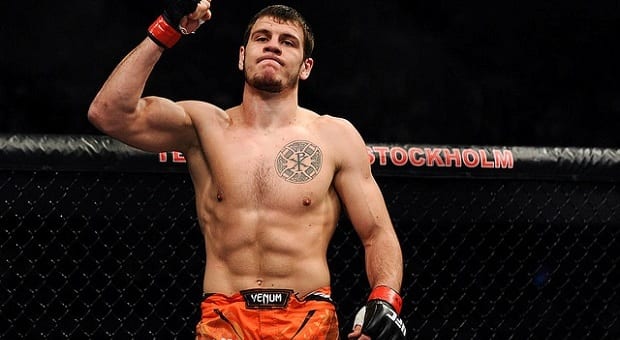 Maldonado entered the bout as the promotion’s champion and got his own licks in before Kyrlov blasted him in the second round, immediately knocking out a man who took punishment from Glover Teixeira and Quinton “Rampage” Jackson without getting put unconscious.

See the fight-ending shot for yourself right here.

Maldonado has only really been stopped by strikes once before, in the UFC as a heavyweight against current champion Stipe Miocic. Since then, the Brazilian slugger had a close fight (if not a complete robbery) against Fedor Emelianenko.

So it goes without saying how impressive a knockout victory over Maldonado is, and the win puts “Al Capone” at four in a row since parting ways with the UFC. In his previous fight, Krylov knocked out former Bellator champion Emanuel Newton with a knee just 43 seconds into round one.

The Ukrainian-Russian had mixed results in the Octagon, alternating between spectacular knockouts like against Ed Herman and Walt Harris at heavyweight, to losses against the likes of Ovince St. Preux and Soa Palelei.

Krylov left the UFC after a five-fight winning streak was snapped by a submission loss to Misha Circunov, and “Al Capone” has just been racking up violent victories elsewhere ever since.

Should the UFC consider re-signing Krylov is that he’s on a four-fight winning streak?