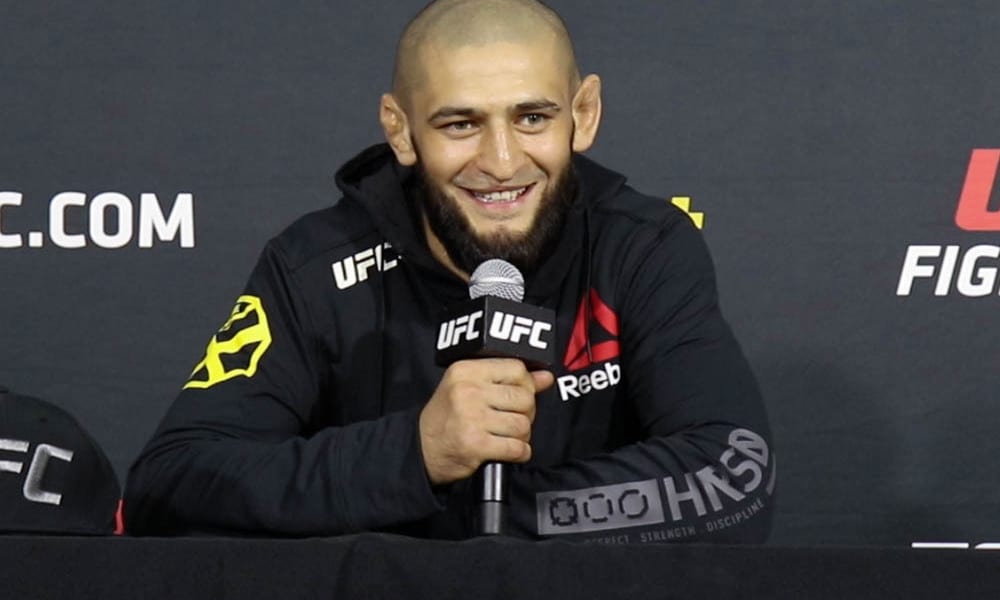 Khamzat Chimaev is a man on a mission in 2021 and according to him, will not stop until that title belt is wrapped around his waist.

On March 13th, Chimaev is scheduled to fight Leon Edwards in the main event of that card and his training and preparation for that fight seem to going well based on a new video out where he rips apart a heavy bag while performing numerous slams and suplexes on it.

Granted, the bag already looked to be on its last leg already, Chimaev looks to be in good form coming into this bout after recovering from contracting COVID-19. (H/T MMA Fighting)

“I want to smash him. I want to destroy him.” Chimaev said

Throughout the video this is a common theme for Chimaev.

“I want to take his head. I have nine right now, but soon I’ll have ten. Then we’ll continue collecting more.”

Chimaev has also recently said that he has never watched Edwards fight beside a couple of highlights from his loss in December 2015 to current welterweight champ Kamaru Usman.

“If Usman won like that, I’ll demolish him,” Chimaev said. “He has no knockout power or anything special at all. I’ll dominate both him and Usman.”

Chimaev is coming off of a thunderous first round knock out in September of 2020 over Gerald Meerschaert. He is undefeated at 9-0 and has dominant wins in both the welterweight and middleweight divisions. He is currently ranked number fifteen at 170 pounds.

Edwards has not fought since July of 2019, where he beat Rafael dos Anjos via unanimous decision. He is currently on a eight fight win streak in the UFC, having not loss since that fight with Usman. He is currently ranked number three at 170 pounds.

Who wins this fight? Khamzat Chimaev or Leon Edwards?