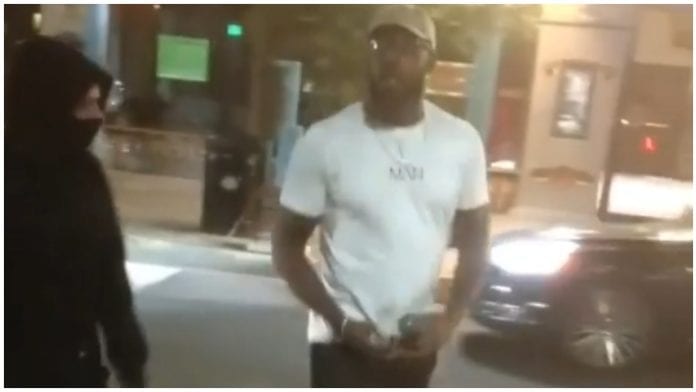 Jon Jones has stepped away from his beef with the UFC and Dana White to do some positive work in the community. The light-heavyweight champion has been embroiled in a bitter, public spat with the UFC boss about the finances of a potential fight with heavyweight knockout artist Francis Ngannou. Last night he took to social media to announce he is relinquishing his belt and won’t be fighting until his beef with the promotion is resolved.

Since the death of George Floyd riots and protests have brought the United States to a standstill. Jones seems intent on making the situation better rather than worse. The 32-year-old posted a video to his Instagram that shows him among the protestors, confiscating spray paint and trying to deescalate the situation. Alongside the video Jones wrote a poignant message questioning the legitimacy of what is going on right now and encouraging people to stop destroying their own cities, he wrote.

“Is this shit even about George Floyd anymore?!? Why the fuck are you punk ass teenagers destroying our cities!?? As a young black man trust me I’m frustrated as well but this is not the way, we are starting to make a bad situation worse. If you really got love for your city (505), protect your shit. All you old heads need to speak up, call your young family members and tell them to come home tonight.”