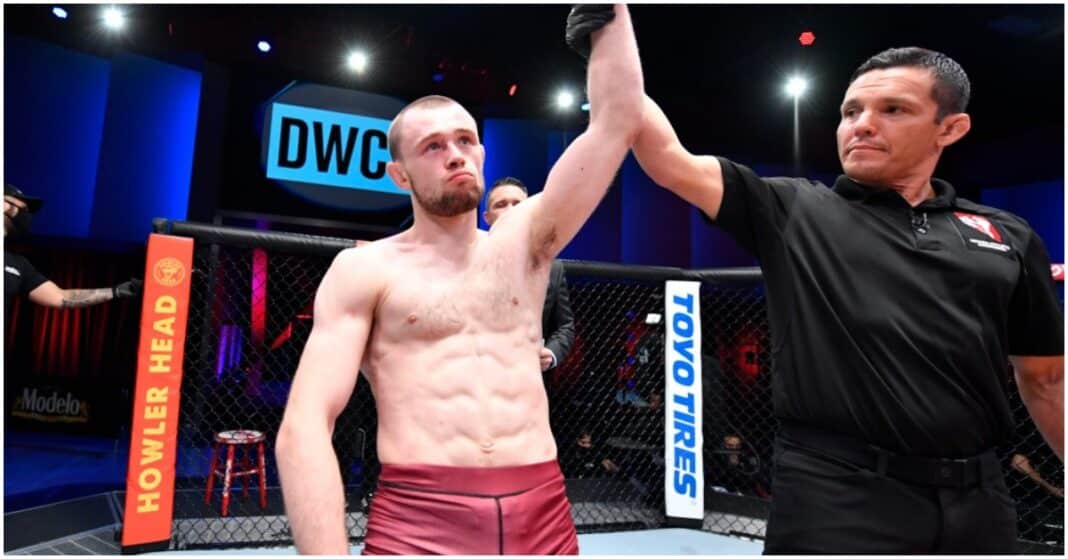 For Jake Hadley, joining the UFC was a dream that apparently started sometime around his 9th birthday.

Hadley was brought on to Dana White‘s Tuesday Night Contender Series for a chance at a UFC contract. The former Cage Warriors and EFC flyweight champion was paired up against TUF alumni Mitch Raposo and looked good on his way to a second-round submission victory.

However, there was doubt he be given a contract at the end of the night due to him missing weight for the fight. Fortunately for Hadley, he impressed White enough to earn a contract, much to the apparent surprise of Mick Maynard and Sean Shelby (h/t Sportskeeda).

“When I left the back room, my instructions were to not sign this guy,” White said at the post-event press conference. “According to Hunter [Campbell], Sean and Mick stormed out of the room when I did and took off tonight so they’re not happy about it. I just have a gut feeling that this kid has something special and I broke all my own rules and didn’t listen to what they said, so hopefully, I’m right on this and this kid doesn’t make a d—head out of me.”

In the aftermath, Hadley has since taken to social media to express his gratitude. The 25-year-old posted a video on Instagram taken during his 9th birthday party. In it, Hadley blows out the candles on his birthday cake and is then asked what he wished for. After some reluctance to make sure he doesn’t spoil the wish, Hadley says, “What I want the most in the world? I want to be a UFC fighter.”

“Imagine being inches away from achieving a childhood goal and thinking you blew it for the time being then getting what you have been working towards for years,” Hadley wrote in the caption. “2nd video is me at 9 years old birthday wishing I become a ufc fighter 1 day well I’ve achieved that now and next I’m coming for the belt this is my whole life work.”

Do you think Jake Hadley could be a UFC champion someday? Let us know!