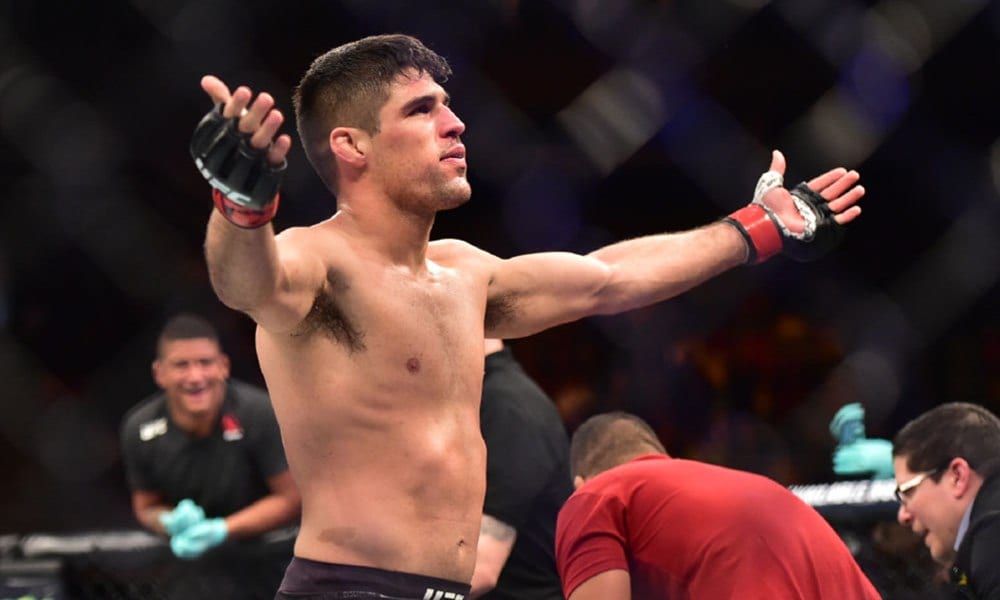 Luque returned to the win column at UFC 249 in May following his impressive knockout win over Niko Price.

He is now set to meet Randy Brown on the main card of UFC Vegas 5 which takes place August 1. While he is focused on the task at hand, he does have some names he plans on calling out after the fight.

But if he could choose one fighter to face in the future? BMF champion Masvidal sits on the top of that list.

“Right now I always focus on the fight that is in front of me,” he told MMA News. “After that, I will have some names to call out and maybe try and get a fight. In the future, if I could choose anyone I would really love to fight that would be Masvidal.

“It’s a guy, he’s in his prime and our styles are similar. That is the kind of guy I would love to face to test my striking and my durability. Eventually, I think that fight will happen.”

Masvidal just fought for the welterweight title in a losing effort against Kamaru Usman, and in reality, is unlikely to face Luque anytime soon.

However, Luque is ranked No. 12 and with a couple of wins, could find himself in title contention soon. That is why he was fine with fighting an unranked foe in Brown.

“After Niko Price, I was looking for somebody in the top-10 or top-15 of the division,” he added. “At the same time, a lot of guys were scheduled to fight and some didn’t want to fight right now.

“I needed to keep active that is something I like doing. I like to fight a lot. The more I fight, the more I evolve. Randy Brown made sense, he is up and coming and is on a two-fight winning streak. It adds to me getting a good win over him and sets me up to get those top-10 guys.”

In the end, momentum is important, especially in a division as stacked as welterweight.

“It is super important,” Luque explained. “I think in a division like welterweight, the more active and the more wins you get it sets you up to get the opportunities. That is what I am trying to do. I keep myself active so I am in people’s mind.

“I want people to watch me fight. I think that helps me, especially my fighting style that helps a lot. It is hard to be in a division so packed but at the same time this kind of challenge motivates me.”

What do you think of a potential Masvidal vs. Luque fight down the line?