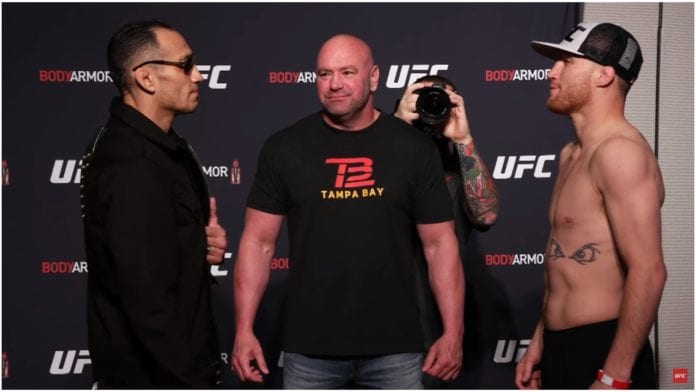 LowKickMMA will be bringing you UFC 249 results throughout tonight (Sat. 9th May, 2020) from Jacksonville, Florida.

In the main event of the evening, Tony Ferguson will take on Justin Gaethje in a 5 round bout to determine the new interim lightweight champion. Ferguson has been on a historic win streak within the lightweight Division accumulating a streak of 12 victories. Originally booked to face the champion Khabib Nurmagomedov at UFC 249 on April 18th the matchup had to be rescheduled to May 9th due to the coronavirus pandemic, this also saw a switch in the opponent. Taking Khabib’s place, Justin Gaethje enters on a three-fight win streak with all coming via knockout. In the Co-Main event, Henry Cejudo will attempt to defend his Bantamweight title against all-time great Dominick Cruz.

Check out our UFC 249 results below. Also, make sure to follow along with us on Twitter @LowKick_MMA