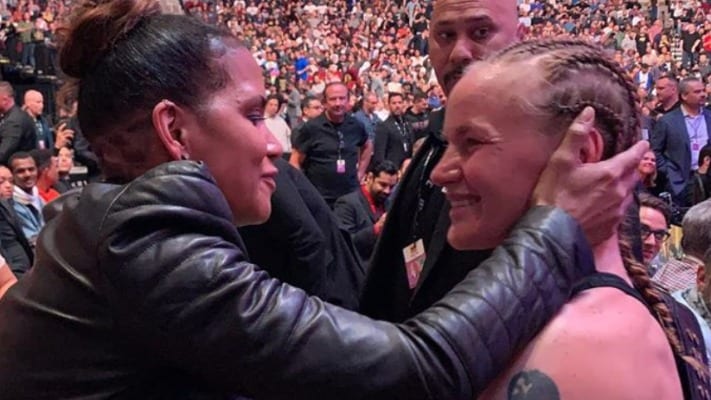 In the movie, Berry plays an MMA fighter and her main rival is played by Shevchenko. Naturally, there would be fight scenes involved and given that Berry was doing her own stunts, she ended up breaking some of her bones.

That said, she only heaped praise on “Bullet” as she couldn’t have asked for a better person to work with.

“In this movie, I was fighting the real UFC flyweight champion, Valentina Shevchenko, and you know what? She had to throw some real kicks and I had to really take them and that really broke some bones. She’s a beast but I couldn’t have asked for a better teacher, a better scene mate, a better fight partner.”

At times, it even felt like the pair were actually fighting during filming. But that’s a testament to Shevchenko given her vast knowledge and experience in combat sports.

“She just brought so much reality to it for me. At times, I felt like I was really fighting,” Berry added. “Like our referee that was in the movie is a real referee and he says a couple times ‘man I thought I was watching a real fight’ because she brought so much power and authenticity to our fight scenes.”

The duo have certainly become close with Berry recently attending and embracing Shevchenko following her win over Katlyn Chookagian at UFC 247 in February.

The movie is currently in post-production with no release date as of now.

What do you make of Shevchenko and Berry working together on an MMA movie?