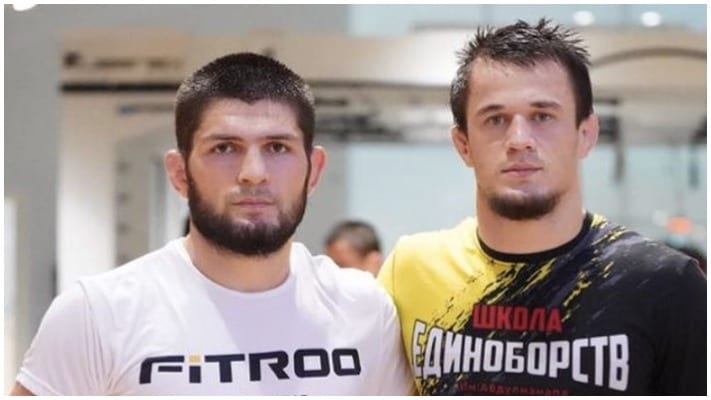 Highly toubted prospect Usman Nurmagmodeov will finally make his Bellator debut on the main card of Bellator 225 facing off against Mike Hamel at Lightweight.

Bellator president Scott Coker shared the news as well as stating that the event will air on their new broadcast partners Showtime Sports on April 2nd.

Being the cousin of UFC pound-for-pound #1 fighter Khabib Nurmagomedov, expectations have been set high for the undefeated Usman who currently holds a record of 11-0 with 10 of these wins coming via stoppage. Most recently, Nurmagomedov competed in September of 2020 against Svyatoslav Shabnov securing victory via TKO in round number two.

His opponent, Mike Hamel will be taking his second fight in the promotion with his debut coming at Bellator 243. In this fight, Hamel lost a split decision on the scorecards to Adam Borics.

Bellator 255 is set to be headlined by Featherweight champion Patricio Pitbull as he progresses through the current Grand Prix taking on Emmanuel Sanchez.

Another confirmed bout for the card will be between Welterweights Neiman Gracie and Jason Jackson.

Currently, the full event lineup has not been announced, however, Nurmagomedov vs Hamel will take place on the main card.