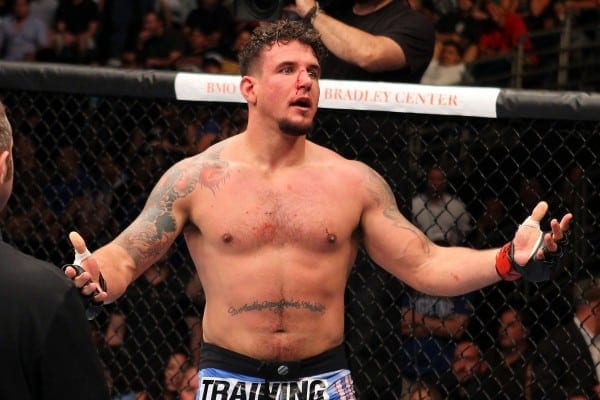 It looks the United States Anti-Doping Agency (USADA) is having some growing pains as they try to adjust to life as the UFC’s partner in a strict battle against drug use in mixed martial arts (MMA) and combat sports as a whole.

After running afoul of the Nevada Athletic Commission (NAC) over the case of boxer Floyd Mayweather receiving a retroactive therapeutic use exemption (TUE) to use a banned IV before his May 2 win over Manny Pacquiao, UFC heavyweight Frank Mir has now been draw into the controversy due to a TUE request to use Adderall before his UFC 191 loss to Andrei Arlovski last weekend.

The Los Angeles Times’ Lance Pugmire reported that Mir was granted the TUE to use the stimulant by USADA, but the NAC later turned it down on based on the belief that the drug testing agency was confusing fighters. When the NAC overruled the decision, Mir supposedly stopped taking the drug:

Mir had been taking Adderall, I’m told by the commission, he stopped when told to.

This isn’t the first time that Mir has been embroiled in the TUE discussion, as he was one of many fading fighters who got one for the highly controversial testosterone-replacement therapy (TRT) that was banned in February 2014. Mir was on the tail end of a four-fight skid when TRT was disallowed, and interestingly enough rebounded after a lengthy absence with two knockout wins over Antonio ‘Bigfoot’ Silva and Todd Duffee before dropping a lackluster decision to Arlovski.

Adderall is a substance used to treat attention deficit hyperactivity disorder (ADHD), and is also used widely by college students looking to stay up all night studying, making its effects rather obvious advantages in terms of an athletic competition like MMA.

Mir stopped using it when he was told, yet the real issue at hand is why he was given a TUE for it in the first place when it was clearly in conflict with the NAC’s decision. If MMA and the UFC are going to be cleaned up by the combined efforts of USADA and the NAC, they’re going to have to get on the same page first.