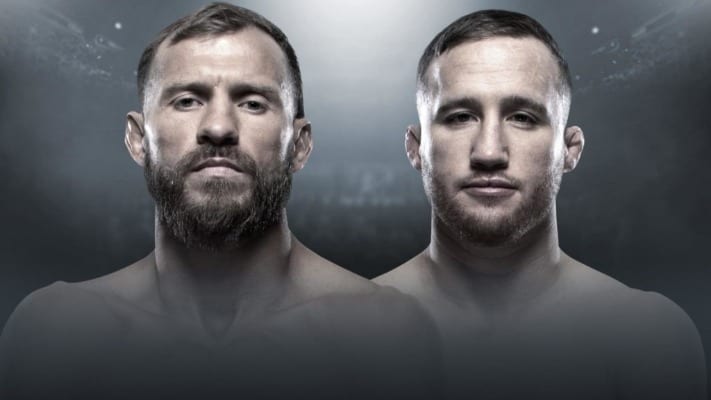 In the main event, Donald “Cowboy” Cerrone will take on Justin Gaethje in lightweight action. It’s sure to be one of the best fights of the year as both men are two of the most game fighters under the Las Vegas-based promotion’s banner. The winner could very well be next in line for the 155-pound title.

Check out our UFC Vancouver staff predictions below.

What a great matchup this is going to be. Two of the most exciting strikers in the game going head-to-head. Cerrone never fails to put on an entertaining fight, and Gaethje has been on a hot streak with back-to-back vicious knockout finishes. I see no reason for “The Highlight” to stop now. I got Gaethje finishing this one early with a TKO or knockout. (Prediction: Justin Gaethje)

This is a great fight for many reasons but I don’t see it being the war everyone expects. I think it’ll end up like Justin Gaethje’s last two fights — a first-round knockout. I feel “The Highlight” has learned a lot from his two losses and is more patient yet deadly at the same time now. His pressure along with his leg kicks will be too much for Donald Cerrone who has traditionally wilted against those types of fighters. (Prediction: Justin Gaethje)

Either guy could win this fight, which makes it hard for a prediction. Cerrone is great at rebounding after losing to a top tier name, which he just did to Tony Ferguson. On the flip side, Gaethje is right up there in the division and could beat Cerrone if he shows up with the right mindset. This will be a fun battle that will steal the show but I have Cerrone getting it done by split decision. (Prediction: Donald Cerrone)

This is one hell of a matchup. Cerrone’s certainly more of a threat on the ground than Gaethje, but will the fight go to the ground? It’s hard to say, each guy loves to fight on the feet, as each of them are incredibly skilled there. Cerrone is 28-0-1 in professional kickboxing and Gaehtje has 17 knockout wins out of 20 total professional MMA wins. I think Gaethje finishes Cerrone with strikes at some point by round three, but wouldn’t be surprised to see it go the other way. Justin Gaethje via TKO. (Prediction: Justin Gaethje)

Cowboy-Gaethje is one of the best fights of the year. Two fan favorites and fighters that always bring it will collide. For me, there are two possible outcomes. The first being Gaethje comes out hot like he always does and Cerrone starting slow, which he is prone to doing, and Gaethje knocking Cowboy out in the first or second.

The other, if Cerrone can get this fight to the 4th or 5th round, we have seen Gaethje gas and he could TKO him late in the fight. But I think Gaethje will win by second-round finish. (Prediction: Justin Gaethje)

What do you make of our UFC Vancouver staff predictions? 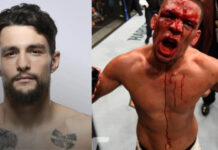