LowKickMMA.com
Home UFC News UFC Title Contender: Everyone Trying To Be Like Conor McGregor Is ‘Fronting’ 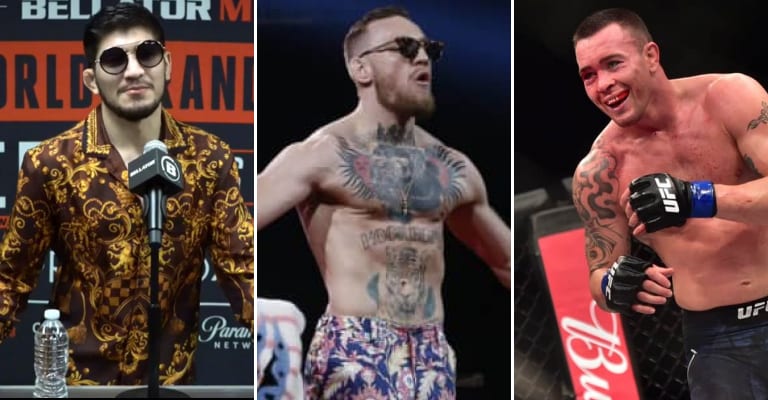 The landscape of the UFC featherweight division has changed drastically since Conor McGregor absconded from the 145-pound weight class.

Most notably, the ascension of Max Holloway and Brian Ortega through the featherweight ranks has reinvigorated a weight class that had been under McGregor’s control prior to the Irishman’s departure for lightweight and catchweight glory, and now, boxing and legal issues due to his April 5 Brooklyn arrest.

However, that won’t stop fighters from understandably imitating his style, and Ortega has noticed a slew of McGregor imitators in “The Notorious’” absence. During a recent media appearance, the 27-year-old contender called them out for their unoriginality (via MMA Junkie):

“There’s only one Conor. Everybody who’s tried to be like Conor, you can tell they’re just fronting.

“So that’s what we did, and I’m happy I stuck to it, man. Because I’m just me. If I ever get pissed off, I’m legitimately pissed off. So far it hasn’t happened.”

UFC President Dana White has often told the press that fighters should look to emulate McGregor’s style of self-promotion, which helps to explain the influx of characters like Colby Covington and Dillon Danis, who seem to be reading directly from the Conor McGregor playbook.

For Ortega, it’s his performances that do the promotion, not the trash talk. Ortega became the first man to ever knock out the ever-durable Frankie Edgar at UFC 222 in March.

Do you agree with Ortega’s assessment of McGregor imitators flooding the UFC and MMA in general?