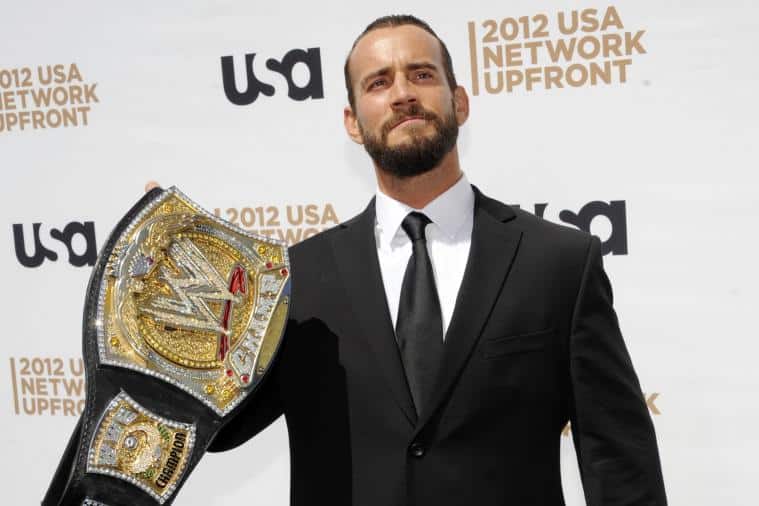 This past Saturday (December 6, 2014), it was announced at UFC 181 that former WWE superstar and WWE champion CM Punk had signed on with the UFC and would be competing some time in 2015.

Since the news broke, there has been a whirlwind of different fighters, fans and media members voicing their opinions on the signing. One of the more outspoken fighters had a simple one-word response, however:

Many questions about the former pro wrestler’s future inside of the Octagon are still unclear. When is he going to fight?

The only logical reason Dana White has for signing Punk is due to money. He’s never even fought in an MMA cage before, but I’m sure when he does, many people will tune in to see how it goes. With profits down in a major way this year, signing a mainstream name like Punk could be very beneficial to the UFC brass.

However, the UFC president claims that he was just giving Punk a chance at something he wanted to do and as far as his opponent, White claims it will not be anyone special:

“[CM Punk] wanted to fight here,” White told ESPN.com. “He wanted to give it a shot, so we gave him an opportunity. It’s not like Brock Lesnar. We’re not going to throw the kitchen sink at him. Lesnar had a wrestling background. [CM Punk] is going to fight a guy who is 1-0, 1-1, 2-1 — something like that.”

Punk coming into the UFC with no previous fighting experience is quite unusual for a newly signed fighter, so it’s no surprise that he’ll be facing a very low ranked fighter in his debut. But how many fighters are there on the UFC roster with records of 1-0, 1-1, and 2-1 like White mentioned? Not too many.

Punk’s opponent will most likely be someone we are not too familiar with, but that doesn’t mean there aren’t a plethora of fighters chomping at the bit to fight him. It seems as if the UFC fighters aren’t very happy about a “fake” wrestler who’s never fought before coming into the Octagon.

Even highly ranked middleweight Michael “The Count” Bisping called out Punk via twitter, which is obviously a fight that would make no sense:

Although we may not think Punk deserves to be in the UFC, the former pro wrestler claims that he will give 100% to his training and he hopes to make the best out of it. He talked about the breaking news with UFC on FOX analyst Ariel Helwani:

Whatever your opinion is, it’s hard to say that you won’t be tuning in to see Punk fight. What do you expect from him in his debut?