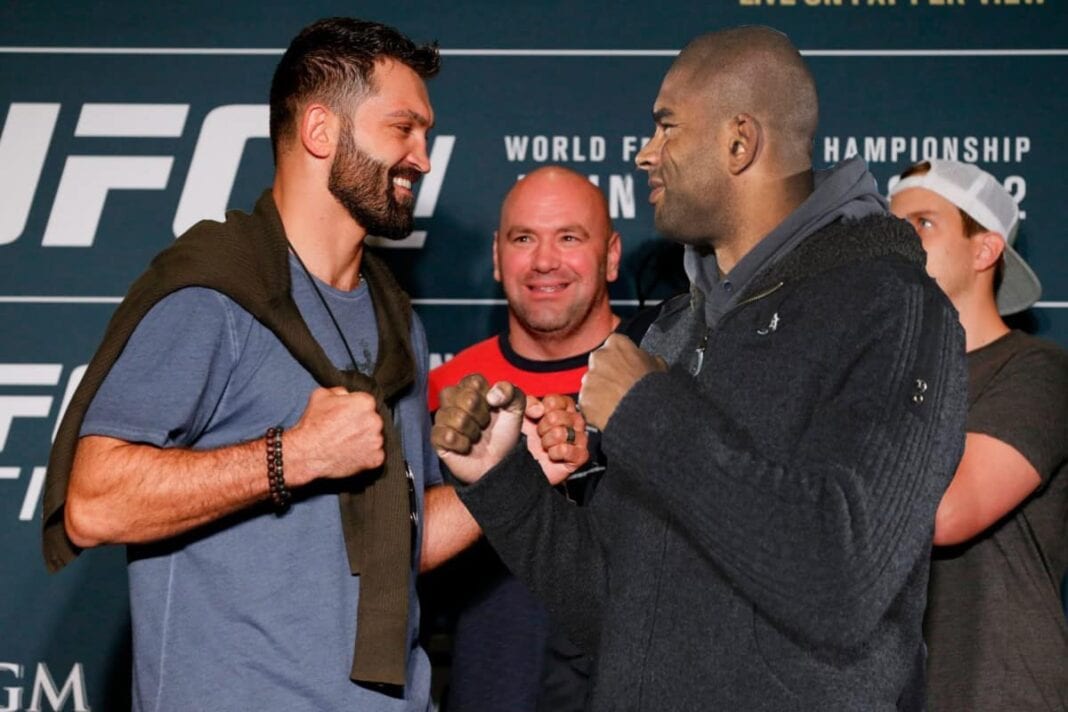 Obviously Overeem had to headline any card for the UFC’s Netherlands debut, and they couldn’t have booked him against a fighter more likely to produce a fan-pleasing slugfest in Rotterdam. Both fighters have enjoyed career resurgences as of late, but it’s “The Demolition Man” who brings more momentum into the bout with his three straight wins, as Arlovski lost his most recent bout to current title challenger Stipe Miocic at UFC 191.

At ages 35 and 37 respectively and possessing 92 total MMA bouts between them, Overeem and Arlovski aren’t young in terms of fighting years, but nearly the entire UFC heavyweight division is in a similar state. They do have an concerning 17 knockout losses between them, however, so there’s little doubt that this one will end before it approaches the cards. I might have said Arlovski held the edge when he was on his win streak and Overeem was getting knocked out, but the Dutch kickboxer seems to have righted the ship after losing some weight and fighting smarter under the tutelage of Greg Jackson.

Any punch could end this fight, of course, but I’m going with Alistair Overeem by first round knockout.

Andrei Arlovski and Alistair Overeem are similar in many ways, having both proved to be huge knockout threats in the heavyweight area. But they have both been subject to some very nasty knockouts themselves. Without sounding too cliché, I’m willing to bet the winner is the one who’s chin can hold up the longest. ‘The Pitbull’ recently got starched by Miocic, and I’m also willing to bet that ‘The Demolition Man’ is packing more heat than the Croatian-American. For Arlovski, facing an accomplished K-1 kickboxer with highly dangerous knees and kicks, he’ll need to put forth the best performance of his career in the striking department. Unfortunately, as much of an Arlovski fan as I am, I don’t see this happening. Overeem is too big and strong, and simply has too much to offer Arlovski in the stand-up. ‘Reem’ for the KO round one.

This is a very interesting fight in my opinion. Overeem has been riding a hot streak as of late, winning three consecutive bouts with two of those victories coming by way of T/KO. Arlovski, on the other hand, is coming off of a brutal stoppage loss. Both men are very powerful strikers with finishing ability, and I feel as if the fight will play out on the feet. IF it does, I think Overeem’s decorated kickboxing background will just be too much for the “Pitbull”. Overeem by second round knockout.

This bout is a must-win for both of these veteran heavyweights, and it’s also a bout of two more powerful sluggers with questionable chins; a poor man’s version of the UFC Rotterdam main event if you will.

Silva has seemingly been content to rush in and let his opponent hit him in the face to see if he can land some shots of his own, and that strategy has resulted in him losing four of his last six bouts by knockout. Struve hasn’t fared much better, losing three out of his last four, including two by knockout. It’s close, but I feel as this bout will get heated early, and the younger heavyweight will be buoyed enough by his hometown crowd to find the Brazilian giant’s massive chin. Struve with another first round knockout.

Stefan Struve and Antonio ‘Bigfoot’ Silva are huge guys that like to strike, and it’s once again a case of a Dutch kickboxer with more than just raw power to offer in the co-main event. Both fighters have some chops in the ground game, but I don’t see this fight taking place on the mat, and again we have an example of ‘chinny’ heavyweights throwing down. So who will emerge victorious? I have to point out that Silva has looked quite ‘different’ since TRT went out the window, but I have a feeling he also may be over the lull in his recent record, and I’m picking him for the win tonight. I like Struve, but I feel his jaw is not made for heavyweight, and this fight won’t make it to the judges. ‘Bigfoot’ with a jaw-smashing KO in round two.

Struve and Silva have both struggled quite a bit as of late, as both have lost three out of their last four. The height and reach advantage for Struve should be a key in this fight, but one can’t forget about “Bigfoot’s” devastating knockout power. In the end, I feel as if Struve will use his range and pick Silva apart with the Dutch faithful behind him. Expect a third round TKO from Struve. 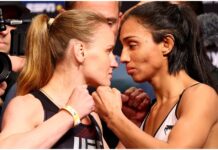 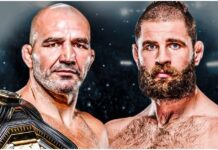