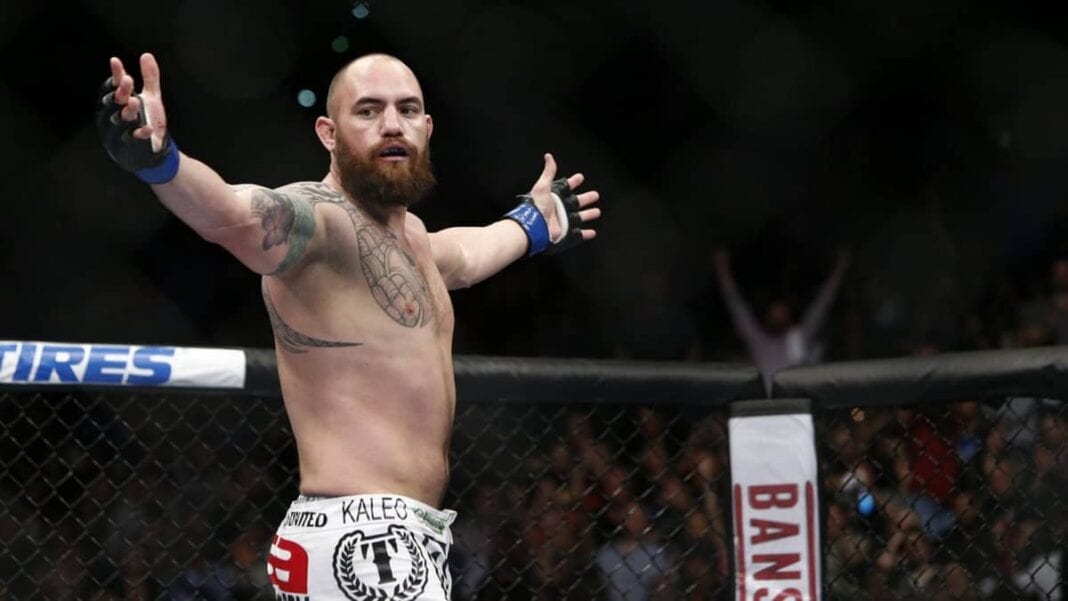 On yesterday’s (July 8, 2015) edition of UFC Tonight it was announced that UFC heavyweight Travis Browne, who recently dropped a TKO loss to Andrei Arlovski in one of the best fights of the year at UFC 187, was interested in facing off with the surging Ben Rothwell next. However, it now seems as if “Hapa” may not be fighting for some time as he is now being investigated for domestic violence after his girlfriend claimed that he hit her.

Apparently the UFC is well aware of the situation as the company’s Vice President of Public Relations Dave Sholler released a statement today (July 9, 2015) at a press conference (Via MMAFighting). Sholler stated that the company does not tolerate domestic violence, and that Browne has been pulled from all UFC International Fight Week activities.

However, the promotion also stated that Browne is deserving of a real investigation before further action is taken:

“UFC is aware of the social media allegations made against Travis Browne,” Sholler stated. “The organization requires all athletes to act in an ethical and responsible manner, as mandated by the UFC fighter code of conduct policy. The UFC will not tolerate domestic violence or any other violation of the policy.”

“However, every athlete is deserving of due process, and this situation, as with any official allegations, will be thoroughly reviewed and thoroughly investigated by an independent party.”

“As a result, Travis Browne will not be participating this week in International Fight Week activities.”

Browne has hit some rough times as of late, losing two out of his last three fights after being on the verge of a heavyweight title shot. It now looks as if these times will continue as Browne definitely has more important things to handle than his next fight.

Stay tuned to LowKickMMA as this story continues to unfold.