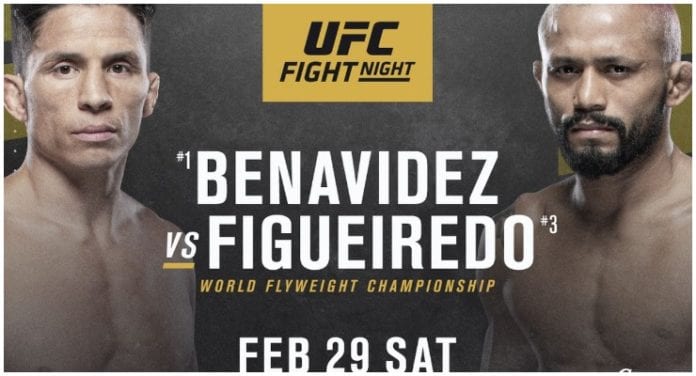 UFC Norfolk takes place tonight at the Chartway Arena in Norfolk, Virignia. It’ll be the second event held in the city by the promotion.

The main event features a showdown for the UFC flyweight title recently vacated by former champion Henry Cejudo. However due to Deiveson Figueiredo missing weight he can no longer win the title. Only Joseph Benavidez is eligible to capture the belt with a win.

We here at LowKickMMA have compiled our UFC Norfolk staff predictions for the Benavidez vs. Figueredo main event. Check them out below.

I’ve been going back and forth on this fight all week. Finally, I made my mind up when Deiveson Figueredo missed weight yesterday morning. After a clearly difficult cut he will now be potentially compromised in a fight he can no longer become champion in. I expect this to work in the favour of Joseph Benavidez. He should finally capture UFC gold on his third attempt. I doubt he’ll be able to finish the fight though and will most likely pick up the decision win.
(Prediction: Joseph Benavidez)

This should be a very high-level contest. Figueiredo is one of the top flyweights out there with just the sole defeat to Formiga, but I still feel Benavidez has what it takes to get the win and finally become a UFC champion. I see him winning a unanimous decision.
(Prediction: Joseph Benavidez)

In the main event at UFC Norfolk, Benavidez vs Figueiredo I predict Benavidez finding the TKO finish within 3 rounds. I see Benavidez coming out fast pressing the action utilizing his kicks to wear down at Figueiredo’s legs and body, eventually finding a home for that power right hand and finally capturing the Flyweight championship.
(Prediction: Joseph Benavidez)