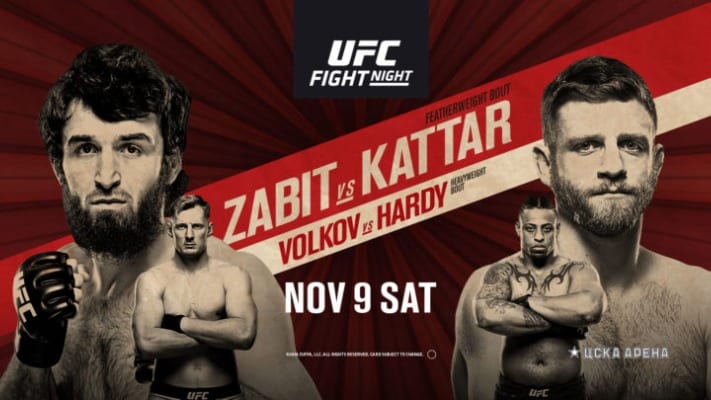 The Moscow crowd turned out for the event with an attendance number of 11,305. The gate was not announced. There were also some well-deserved post-fight bonuses handed out.

On the preliminary card, David Zawada picked up a victory over Abubakar Nurmagomedov in the first round via submission. After getting controlled by Nurmagomedov on the ground early, Zawada locked in a triangle choke for the submission win. He’ll take home a $50,000 Performance Of The Night bonus.

Headlining the preliminary card was a light heavyweight fight between Magomed Ankalaev and Dalcha Lungiambula. Ankalaev landed a beautiful front kick to the face that dropped Lungiambula, finishing him off on the canvas with punches. He’ll also take home a $50,000 bonus for Performance Of The Night.

Finally, in the main event of the evening, featherweights Zabit Magomedsharipov and Calvin Kattar went head-to-head. Magomedosharipov had his hand raised via decision when it was all said and done, but both men put on an absolute show. They’ll each take home an extra $50,000 with a Fight Of The Night bonus.

What do you make of the UFC Moscow bonuses?