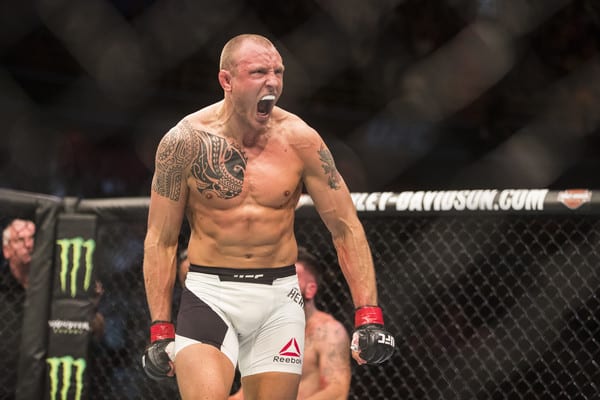 As always, LowkickMMA will have you covered with all the results from UFC on ESPN+ 8 from Florida as they happen.

As for Hermansson (19-4). “The Joker” has been ripping through competition heading into UFC Ft. Lauderdale. He has won three straight. Most recently outclassing David Branch just four weeks ago.

Souza presses and lands a counter right hand to start round two. Hermansson doubles up his jab and throws a leg kick. Souza lands a big left hook, Hermansson throws a right hand to answer. Hermansson times a takedown and ends up in Souza’s guard. Here we go. Souza is very active off his back but Hermansson is landing some ground and pound. Nothing too serious, however. Hermansson opens up with shots to the body and head. He lands an elbow. Souza closes his guard but its more or less a stalling technique. “The Joker” is none stop with his punches and he is even throwing an elbow every now and again. One minute left in the round. Hermansson mauls Souza as the frame ends.

Souza takes the center but Hermansson looks for a quick takedown. Nothing doing as the Brazilian defends. Hermansson right back to the leg kicks. Hermanson fires a straight right hand. Souza lands a right hand. Hermansson opens up with an uppercut, he wings a right, then a left. He moves forward and lands a body kick. Hermansson continues to pepper Souza with shots. Souza lunges in with a right but misses. Hermansson clips him with another uppercut. “The Joker” is fighting at a very quick pace here. He clinches Souza and presses him against the cage. The men take a bit of a breather and break free. Hermansson lands a one-two as the horn sounds to end the round. 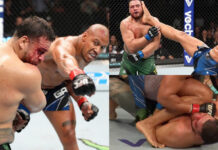 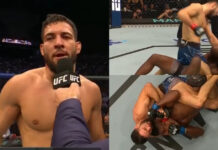 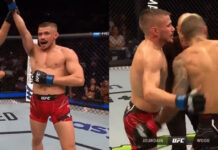