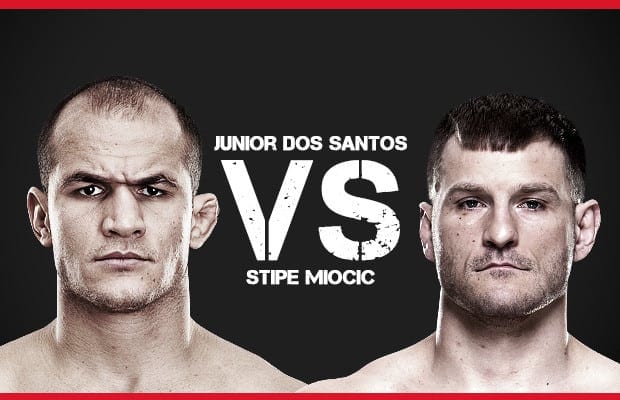 Check out the UFC on FOX 13 scorecard that has come into question since the main event…..

UFC on FOX 13 was a pretty triumphant card in the end. Rafael Dos Anjos dominated Nate Diaz, Alistair Overeem shattered Stefan Struve and Matt Mitrione blasted Gabriel Gonzaga. Then came the main event, and it was a thriller. Junior Dos Santos and Stipe Miocic collided and provided an exciting five round affair at heavyweight. Then came the decision.

It was a bloody 25 minutes of slobber-knocking action between the two men, and you could have called it either way. As it transpired, “Cigano” was awarded the unanimous decision win. As you can see from the UFC on FOX 13 scorecard above, two of the judges really didn’t see the bout as that close, at all.

Take a look at the Fight Metric report of the UFC on FOX 13 main event, and it suggests that Miocic was far more accurate with his striking, but had considerably less in volume. JDS landed 123 of 303 significant strikes at a rate of 40% with one knockdown, in comparison to Miocic’s 89 of 193 at 46%.

Many may not agree with two of the judges giving Dos Santos four rounds to one, but he landed more significant strikes in every round. Did they do more damage? I’d suggest that even the judges have a hard time rendering that decision, so was the right decision made in the main event?

Either way, “Cigano” leaves with a very hard earned victory, and a few more scars to prove it.