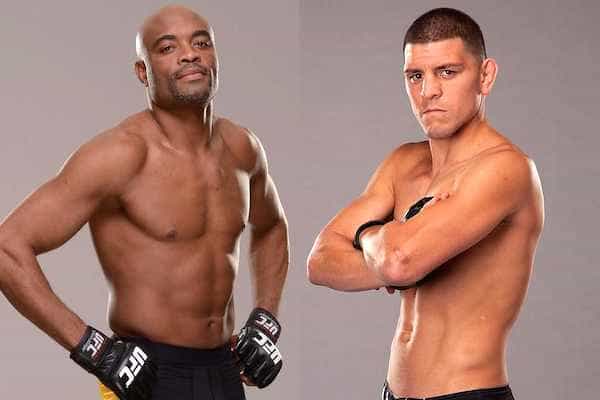 Marijuana use by MMA fighters is once again a hot topic, this time brought in to the limelight by UFC welterweight/middleweight Nick Diaz’s crusade against the NAC (Nevada Athletic Commission). The former Strikeforce 170-pound champion was handed down an insane five year suspension by the commission after his case was heard regarding his alleged UFC 183 failed drug test.

Outrage and appeal was the initial reaction to Diaz’s ban, especially after the case his legal team presented seemed to shed more than enough reasonable doubt on the findings of the one failed drug test. The NAC was looking to send a message, but may be made to eat those words soon enough given the massive backlash. Diaz’s White House petition recently smashed the 100,000 required signatures, and he’s had a lot of support from his fellow fighter too.

“I don’t agree with it, I think for such a ridiculous thing like Marijuana, nobody should be getting a five year suspension. Especially for  guy like him, at his age his career is pretty much over, which sucks because I would’ve loved to have fought him. I think the real problem is the performance enhancing drugs. I think we need to suspend these guys who are taking these bad steroids that increase their athletic ability and they’re able to hurt people. I’m not worried about fighting Nick Diaz if he’s been smoking pot before the fight. I think we need to target these guys taking testosterone and steroids.”

“You don’t see anyone smoking weed and flying around with special powers and sh*t, so it’s bullsh*t. I think a five year suspension should be for a person taking PED’s. You have to understand that a person that’s on PED’s or steroids can kill me. Someone on weed, I’m actually amazed how Diaz has so much cardio smoking. I don’t agree, it’s a bunch of bullsh*t, let’s get the guys on PED’s suspended.”

“Obviously Andrei didn’t want to answer, so I’ll comment for both of us. It’s absurd, I think a five year suspension is ridiculous. I like watching him fight,  I just hope through the fans help, we are going to help him reduce that or make some changes to it. There’s people that have done a lot worse and got a lot less time. Hopefully common sense will prevail and he’ll get this fixed.”

So once again a resounding argument against the controversial Nick Diaz ban, it seems that everyone has an opinion on this widely debated matter, and they’re mostly the same.

Check out the full fan Q&A video below, courtesy of UFC on Youtube: