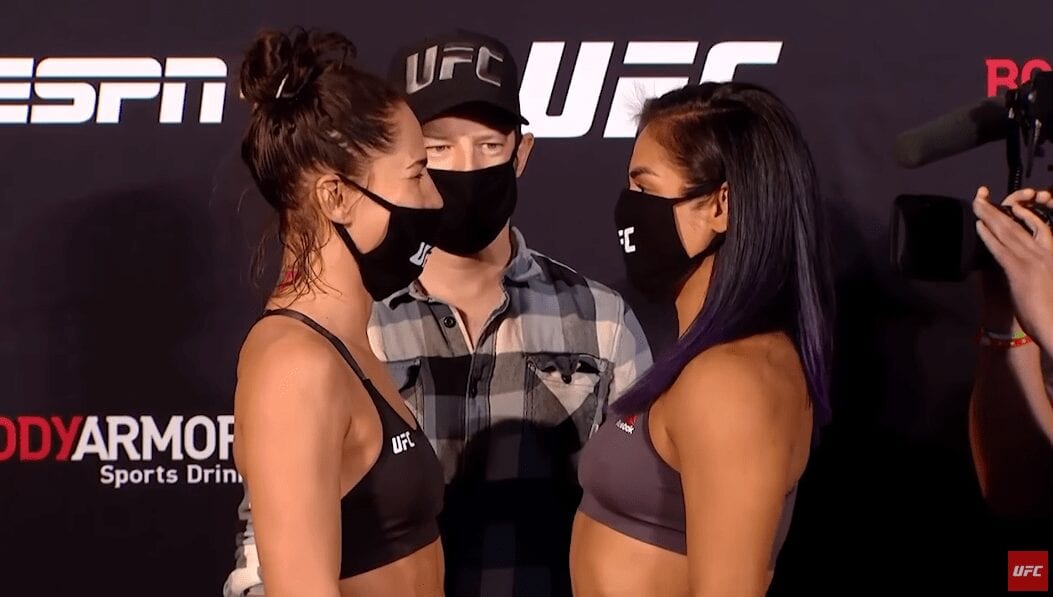 LowKickMMA will be bringing you UFC Fight Night: Eye vs. Calvillo results throughout tonight (Sat. 13th June, 2020) from the UFC Apex, Las Vegas.

In the main event of the evening, we will see a matchup between #1 ranked women’s Flyweight contender Jessica Eye and former women’s strawweight #10 Cynthia Calvillo. Maying the shift in weight, Calvillo will attempt to scale the Women’s Flyweight rankings by getting a win over the former title challenger Jessica Eye. Fighting to keep her position in the rankings and find another shot at the title, Eye has faced some early adversity just barely missing the weight limit forcing her to give some of her pay to Calvillo. In the co-main event, we will see a rebooked matchup between Karl Roberson and Marvin Vettori. The two had some animosity during there stay at the fighter hotel for UFC Jacksonville after Roberson was forced to withdraw from the scheduled bout due to becoming ill after his weight cut. Vettori, eager to get a fight was immediately looking for a new opponent. The two would be scheduled to face off again on tonight’s event with Roberson missing weight and having to share some of his pay with Vettori.

Check out our UFC Fight Night: Eye vs. Calvillo results below. Also, make sure to follow along with us on twitter @LowKick_MMA