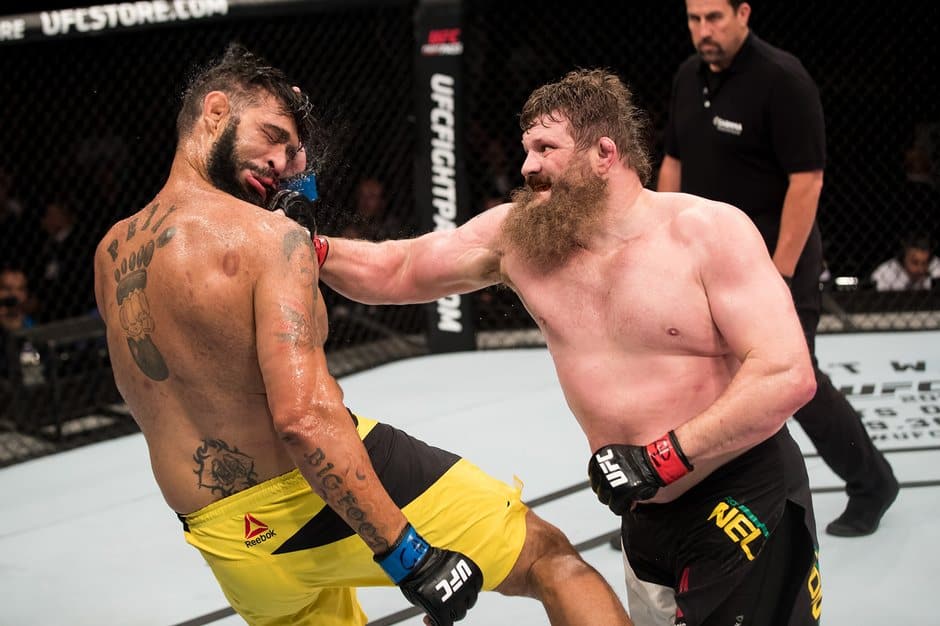 With every decision comes a consequence and for those fighters who took part in battle this past at UFC Fight Night 95, it’s their time to faces those consequences in the form of medical suspensions.

Some of the more notable suspensions include Antonio Silva, Paul Felder, and Lina Lansberg being suspended for 45 days with no contact for 30 days.

The main featured Cris Cyborg vs. Lansberg while the co-main event featured Renan Barao vs. Phillipe Nover. Rounding out the main card was Roy Nelson vs. Silva, Francisco Trinaldo vs. Felder, and Godofredo Pepey vs. Mike De La Torre.

Gregor Gillespie: Suspended 30 days with 21 days no contact. In addition, suspended 180 days unless cleared by an ophthalmologist.

Luan Chagas: Suspended 180 days unless cleared by an orthopedist for fractured fibula.

Erick Silva: Suspended 180 days unless cleared by a doctor for facial fracture.