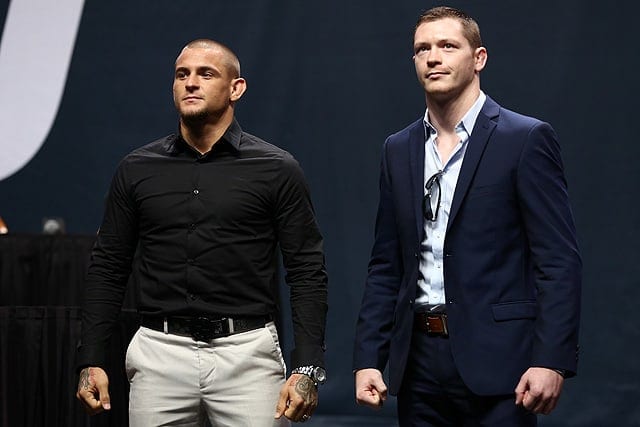 With Dublin currently an absolute hotbed for mixed martial arts (MMA) thanks to native son and interim featherweight champion Conor McGregor, there’s apparently another Irish fighter who can draw a crowd in record time.

The news is only amplified by the fact that top-ranked heavyweight Stipe Miocic was forced out of his co-main event bout with the surging Ben Rothwell thanks to an undisclosed injury. White proclaimed that the development of MMA in Ireland was simply breathtaking as it’s risen to a new level since 2009:

“The first time we ever went to Ireland [in 2009 for UFC 93] when [McGregor] was there in the stands as a fan, it was huge,” White said. “But now having good fighters from there is taking it to another level.”

Indeed it is taking it to another level, and that’s only set to blast through the stratosphere if McGregor can win the belt from champion Jose Aldo if and when they finally square off at UFC 194 in December, which could create the opportunity for a blockbuster title rematch at Dublin’s Croke Park Stadium. If that finally happens, Dublin will undoubtedly be on the map as one of the most sordid spots for MMA on the entire planet.