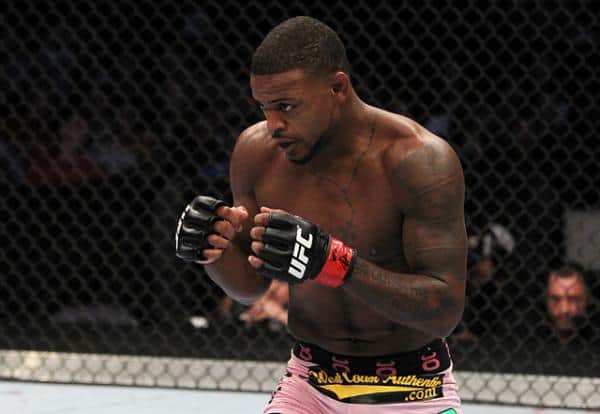 UFC Fight Night 74 is set to go down on Saturday August 8th in Nashville, Tennessee, headlined by a light-heavyweight showdown between former title challenger Glover Teixeira and rising contender Ovince Saint Preux. The UFC announced today that a lightweight scrap featuring Blackzilian stand out Michael Johnson and Iranian-American Beneil Dariush has been made official for the summer card.

Johnson is riding a four fight win streak at 155 pounds, including decision wins against Melvin Guillard, Joe Lauzon and Edson Barboza, as well as a big knockout against Gleison Tibau. ‘Benny’ tasted defeated for the first time in his career against Ramsey Nijem in 2014, but has also compiled a four fight winning spree in the time since. Impressive finishes against Daron Cruickshank and Tony Martin highlight his 11-1 record.

As far as the rankings are concerned, Johnson is the #10 and Dariush is at the back of the queue at 15th. The winner could well find themselves on the brink of a contender fight considering the state of affairs at lightweight. The Kings MMA product ‘Benny’ stands to gain more by taking out a top 10 face, but ‘The Menace’ could well get the fight with Donald Cerrone that he already turned down once.

With the addition of Michael Johnson vs Beneil Dariush, here is how the UFC Fight Night 74 card is shaping up: