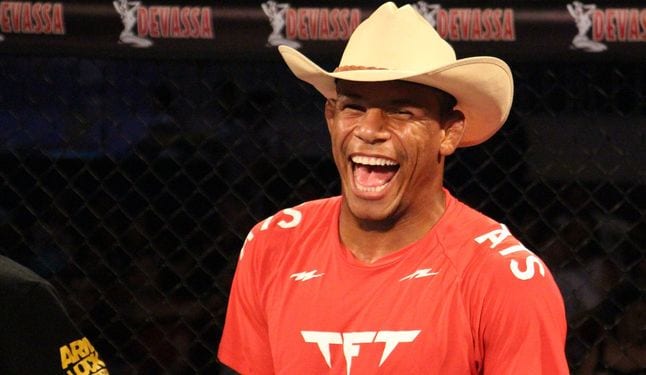 Former Strikeforce vet K.J. Noons returned to the Octagon against late replacement Alex Oliveira on the main card of tonight’s (Sat., May 30, 2015) UFC Fight Night 67 from the Goiania Arena in Goiania, Brazil.

The fight began with Noons coming out aggressive to land a right hand, rushing in to land a solid left hook. He snapped more accurate shots as Oliveira threw sloppily and was avoided.

Oliveira looked to clinch Noons’ back to keep him from striking, picking him up to slam him to the ground repeatedly. Oliveira found Noons’ neck from the back with a choke, cinching it in and earning an impressive submission win in just under three minutes