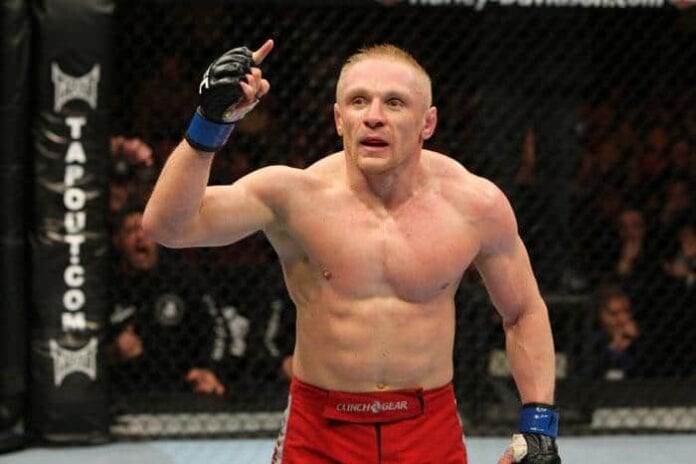 UFC Fight Night 59 goes down this Sunday January 18th, and is headlined by the featherweight battle between Conor McGregor and Dennis Siver. The spoils of a UFC title shot against Jose Aldo go to “The Notorious” with a win, although you could argue that a 30-second knockout win for Siver should well get him the same reward.

The Boston TD Garden will play host to this weekend’s action, and the co-main feature is a trilogy-maker between old rivals Ben Henderson and Donald Cerrone. In a throwback to the WEC (World Extreme Cagefighting) days, “Cowboy” will look to make it seven straight and win back some pride against “Smooth”.

Check out the UFC Fight Nigh 59 Embedded episode 2 video, and stay tuned to LowKickMMA for more pre fight hype and coverage this week!