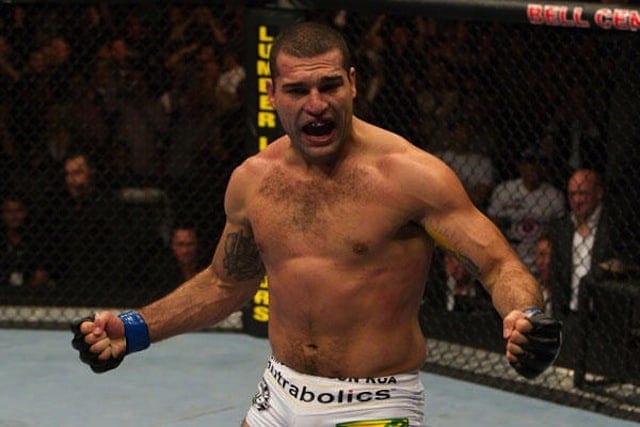 UFC light-heavyweights Mauricio “Shogun” Rua and Ovince St-Preux are set to headline the promotion’s return to Brazil this Saturday (November 8th, 2014), in a battle between the old and young blood of modern MMA. After years in the Pride FC organization as one of the best middleweights, Rua crossed over and soon became the UFC’s 205-pound champion.

“Shogun” has a tough challenge in OSP, who is known for his sneaky grappling skills. Backing them up as co-main event are feisty flyweights Ian McCall and John Lineker, as they collide to make an argument for a shot at the dominant champion “Mighty Mouse”. Warlley Alves and Alan Jouban are scheduled for a welterweight war, that pits two unorthodox strikers at 170 pounds.

Claudio Silva and Leon Edwards (?) also somehow make it to the main card, but only after women’s strawweights Juliana Lima and Nina Ansaroff open the main card in Uberlandia, Brazil.

So tune in live at 1 PM ET for the official UFC Fight Night 56 weigh-ins live stream. Check in after the fact for the updated results.