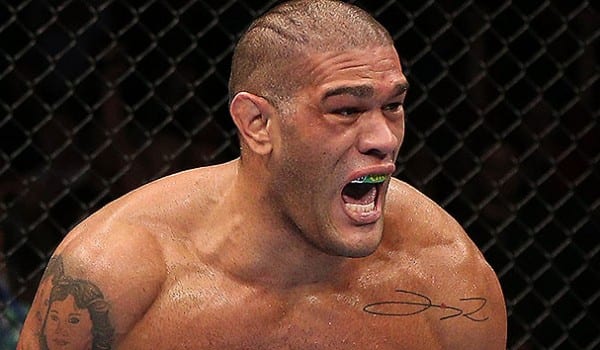 To me, this fight could open up a main card, but it’s a terrible headliner. “Bigfoot” has been out of action since last December, and we don’t really know where he’s at after a multitude of problems with TRT. Arlovski isn’t in much better shape, winning a snore-inducing decision over Brendan Schaub in his UFC re-debut at UFC 174. I think that “The Pitbull” will be looking to come out swinging to make up for that, and that’s what will spell his doom. His chin has never been his best attribute, and for all his other flaws, Silva actually has some good knockout power. “Bigfoot” via KO round one.

The rematch between Andrei Arlovski and Antonio Silva poses some interesting questions. Firstly; how will “Bigfoot” look after nine months out and no TRT? Well, it didn’t stop Ben Rothwell from smashing Alistair Overeem at Fight Night 50, and I’d imagine he has stayed in shape. Secondly, who has upped their game most since the two met in Strikeforce back in 2010? You’d have to say “The Pitbull” has looked more impressive. Since his ugly four-fight skid back in the days of Strikeforce and Affliction, Arlovski has only dropped one fight. He may not have looked all that great in his return fight against Brendan Schaub, but I think he has the edge against “Bigfoot” come Saturday. The Arlovski win will come in the second round, as I predict a head kick will end the night by KO in round two for “The Pitbull.”

Back in 2010, under the Strikeforce banner, “Bigfoot” topped Andrei Arlovski in a fairly one-sided unanimous decision. A lot of time has passed since then and both men have unquestionably improved all aspects of their game. But, in my opinion Antonio Silva has by far improved the most and mostly in his striking which isn’t going to be good for the former UFC champion tomorrow night. Arlovski is still incredibly dangerous and with Silva returning from his nine month suspension you have to wonder how much ring rust the Brazilian will have. But I don’t see “Bigfoot” losing here, not in front of his hometown. Silva via TKO in round one.

I think motivation plays a big role for both men here. Arlovski is looking to prove that his last fight, which he did not perform well in despite getting the win, was just a fluke, while “Bigfoot” Silva will be looking to show that he can still compete with the top tier fighters despite the TRT ban. I also think size will play a role in this scrap. “The Pitbull” usually weighs in around 240 lbs., while Silva usually comes in around the max weight of 265 lbs. Silva is simply just a much larger man, and a very powerful one. With an iron chin that was showcased his five-round war against Mark Hunt at UFC Fight Night 33, I just don’t think Arlovski will have an answer for the power coming from his opponent. He will have to be quicker and use great footwork to give himself a chance, but I don’t see that happening. I think “Bigfoot” will be very hungry for a win and that’s why I’m going with Silva by way of third round knockout.